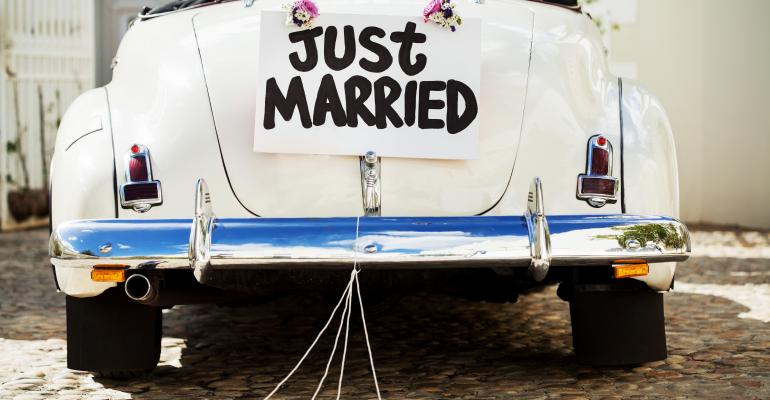 No Culture Clash in the Marriage of IBM and Red Hat

It's been nearly nine months since the marriage between IBM and Red Hat was finalized. We decided to check in and see how the newlyweds are getting along.

How is the marriage between IBM and Red Hat going?

The view from the executive boardroom is good. IBM was recently able to report an uptick in income after five quarters of falling revenues, partly because of income produced by its new red-headed open source partner.

Red Hat was also buoyed by its relationship with IBM, and is now expected to see revenues of at least $1 billion each quarter – or at least it will as soon as the current coronavirus-fueled economic downturn is righted.

Further evidence that the suits at the top are happy came with the recent announcement that next month when Ginni Rometty steps down as IBM's president and CEO Jim Whitehurst will be taking a seat at the big kids' table as IBM's president while remaining as Red Hat's CEO.

From the start, IBM said it would leave Red Hat alone and that the new buy would operate as an independent company. Skepticism persisted, however, prompting Rometty to famously proclaim onstage at last years Red Hat Summit that she had every intention to "let Red Hat be Red Hat" – which had become something of a mantra from the IBM suits since the sale was announced.

While the view from the top looked rosy, the real question is if that spirit of cooperation and acceptance was evident a little further down the corporate organizational chart now that IBM and Red Hat have had time to get to know each other.

"It's going great, actually," Joe Fernandes told ITPro Today in November at the KubeCon cloud native conference in San Diego. As a nine-year Red Hat veteran, his position of VP of products for the company's cloud platform unit often has him working side-by-side with folks from IBM.

"They're different cultures," said Fernandes, "but IBM has also been a huge proponent of open source. [IBM] obviously has both open and proprietary-based solutions, but they've been a big sponsor of Linux and the Linux Foundation, and they've been involved in communities like Kubernetes. I think IBM doesn't get enough credit sometimes for what they've done for open source."

He was echoing a point that IBM has been quick to make whenever their ability to work well with an "open" organization like Red Hat has been questioned. Indeed, it's doubtful Linux would be the dominant force in data centers it has become if it were not for IBM's $1 billion investment in the operating system's development in 2001. It's also true that over the years IBM has been a contributor to important open source projects such as Kubernetes and Istio, the open-source platform for managing and securing microservices.

Fernandes pointed out that keeping Red Hat a stand-alone operation instead of folding it into its new corporate owner as a division had reasons that went beyond merely protecting Red Hat's internal culture from being suppressed by Big Blue. Many degrees of separation were necessary if Red Hat was to continue nurturing important revenue generating partnerships, many with companies that compete directly with IBM.

"Being able to be independent within IBM allows us to partner with the entire ecosystem of cloud providers, system integrators, ISPs and so forth," Fernandes said. "IBM has kept that commitment and it's been a really seamless transition for us."

It was Red Hat's cloud expertise that first prompted IBM to consider its $34 billion investment in Red Hat. According to IBM, many of its enterprise customers have yet to utilize public clouds and are reluctant to give up their own on-premises data centers, often because they're still dependent on large monolithic applications that weren't designed for cloud-native infrastructures. Others are in highly regulated businesses with requirements to keep customer data on-prem.

IBM has been advocating hybrid cloud as a way for companies to keep much of their compute on-prem while harnessing the advantages offered by public clouds for some workloads. As it happens, Red Hat practically wrote the book on hybrid cloud, and is responsible for much of the technology – like OpenStack and OpenShift – that makes it possible.

"Hybrid cloud is something that Red Hat's been a strong proponent of," said Fernandes. "OpenShift and Kubernetes are enablers of that, enabling us to consistently run services everywhere from the data center to public cloud, and now up to the edge. That's helping build IBM strategy."

This has led to IBM and Red Hat devs working side-by-side, as the open source company helps its new parent meld unique IBM offerings out of core Red Hat products.

"That kind of expands options for IBM customers on how they can deploy the services, whether they want to run it in the data center or any of the public clouds," Fernandes said about Cloud Paks.

The IBM and Red Hat deal has also made it possible for IBM to amass an army of Red Hat-certified consultants and 80,000-plus cloud application services practitioners to help their customers move to the cloud and to maintain cloud infrastructures after the move.

IBM staff also seems to be happy to be working alongside Red Hatters.

Priya Nagpurkar, the director of cloud platform research at IBM's T.J. Watson Research Center, has been working with Red Hat post-acquisition on IBM Cloud Platform, which combines and integrates platform as a service with infrastructure as a service. Like Fernandes, she pointed out that IBM and Red Hat have a history of working together on open source projects that goes back to IBM's early Linux involvement.

"It's really been a nice transition from 'we were collaborating before' to 'we continue to collaborate,'" she said. "We're working closely with them and we have identified the key areas of synergy we want to jointly drive forward. Luckily, they're all open source, so it's not very complex in terms of how to navigate this new relationship."

According to Nagpurkar, as IBM increasingly releases software under open source licenses and seeks to build communities around the projects, Red Hat's understanding of how to establish and manage open source user and developer communities has been particularly helpful.

"We are very much in aware of our complementary strengths," she said. "They're very much plugged into the developer community. We know that and we definitely want them to continue that strength to help us tap into the right communities. When it comes to developer experience, it's really those communities that you have to go after. It's less of a big client driven approach."

So, what's Red Hat getting in return, besides the $34 billion that's already gone home with its shareholders?

"I think IBM has its strengths in helping Red Hat expand its reach to some of our big enterprise clients," she said.

True. It always helps when you have well connected parents.