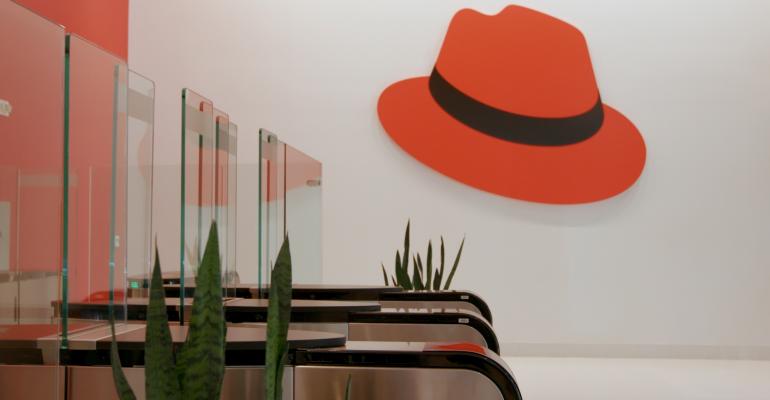 As the focus on IBM's hybrid cloud causes Big Blue to spin off a large part of its traditional business, Red Hat becomes essential to the aging giant's future.

The announcement in early October that IBM's hybrid cloud ambitions have led to Big Blue's decision to spin off much of its core business into a new, totally independent company seems to indicate an increasing role for Red Hat in IBM's future.

Two years ago, when IBM first announced plans to purchase Red Hat – then the world's largest independent open source company – it said it would use the acquisition to boost its efforts in the hybrid cloud arena, which it sees as the future of its business.

It seemed reasonable at the time to fret that an acquisition might mean the end of Red Hat’s unique "open" style in which major decisions move from the bottom up instead of from the top down, an approach instigated by then-CEO Jim Whitehurst as a way to foster innovation.

Two years later, Big Blue has made good on its promise to take a hands-off approach to Red Hat, and Whitehurst has been moved to the number two position in IBM's hierarchy – as IBM's president.

Now, as part of IBM's hybrid cloud push, the company says that sometime in 2021 it will move many of its traditional offerings into a new publicly traded company, which for the time being is calling "NewCo." The new company will start its life being owned by current IBM shareholders, who will receive stock in NewCo proportional to their investment in IBM.

Going into the new company will be IBM's Managed Infrastructure Services unit, which was core to the company that IBM became under then-CEO Lou Gerstner’s reinvention in the middle of the 1990s. Basically, this is the part of the company that helps companies maintain or scale their IT infrastructures, whether they're entirely on-premises and still supporting mostly monolithic legacy software, fully containerized hybrid cloud infrastructures, or somewhere in between. Already beset with low margins, it's also a part of IBM that's been seeing shrinking revenues.

"Infrastructure and Cloud Services is the business that is going to be the majority of NewCo," said Tushar Amin, COO and GM of global operations and strategy at IBM Global Technology Services, recently said. "That's everything around designing, building and managing the mission critical systems that are kind of the backbone of the economy globally."

The new company will start life as an established powerhouse. In a recent blog explaining IBM's strategy, CEO Arvind Krishna said that at birth the new company will have more than 4,600 clients, a number that includes 75% of the Fortune 100.

"On its first day, NewCo will be the leading company in managed infrastructure services with nearly $19 billion in annual revenue – twice the size of its nearest competitor," Krishna wrote. "As a stand-alone company, the new company will be able to build a more efficient operating model focused on service delivery excellence and designed to offer the next generation of transformational managed infrastructure services."

This doesn't mean that the spinoff won't result in pain points, especially from an employee perspective. Last week Bloomberg reported that Big Blue is planning to cut 10,000 jobs in Europe as a cost-cutting move affecting its NewCo bound services unit.

Although the company is adamant that NewCo will be an important partner in IBM's hybrid cloud going forward, it's Red Hat that appears to be becoming the driving force in the company as it sets its sights on hybrid cloud opportunities. This makes sense, given that Red Hat has continually engaged in the question of how to define and implement a hybrid cloud, and is responsible for much of the software technology that IBM will utilize going forward.

Amin pointed out that even though Red Hat functions as a totally independent company – to the point of competing directly with IBM in many areas – it works closely with IBM on its hybrid cloud efforts.

"I very much view Red Hat as part of IBM that way," Amin said. "Red Hat's open shift technology and a lot of the other Red Hat products, such as Ansible, are very important in this overall notion of the hybrid cloud platform that Arvind [Krishna, IBM CEO] talks about."

"What it does is turns us into an ecosystem provider of Red Hat, at even more of a formal, larger scale than we are today," he added. "I think having an ecosystem around Red Hat and Red Hat technologies is only going to strengthen what Red Hat does for IBM."

Perhaps even more important to IBM's hybrid cloud efforts is the understanding of open source that Red Hat brings to the table. Although IBM's involvement in open sources goes back to the turn of the century, the company still retains a lot of proprietary product development rather than in the open, which is seen as a prerequisite for successful open source development.

Amin added, “Jim Whitehurst built a really great model to keep that innovation on one side of the fence and keep a commercial business on the other side of the fence. It's working well, so we're preserving that as a company and taking what we've learned from that and evolving the next generation of how we view open source and developer relations at IBM."