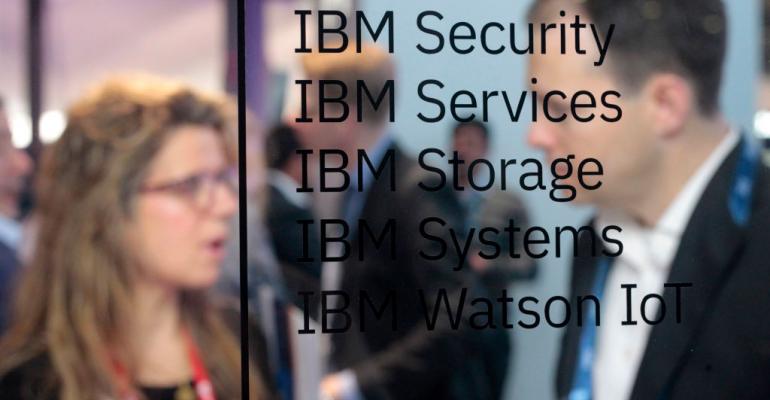 IBM Wants its Cloud Services to Play Nice With Competitors

IBM has unveiled three new products to manage security, AI, and storage across multiple cloud systems, regardless of whose they are • The company is pitching itself as a specialty player that can help big companies and governments combine different cloud services along with traditional on-premises data centers • CEO Ginni Rometty has made newer technologies that run on cloud services a centerpiece of her plan to return to growth after six years of revenue declines

Gerrit De Vynck (Bloomberg) -- International Business Machines Corp. is pressing deeper into its strategy of making cloud services more compatible with competitors, rather than trying to force customers into its own walled garden.

On Monday, IBM unveiled three new products to manage security, artificial intelligence and storage services across multiple cloud systems, regardless of whose they are.

Related: A VMworld Anatomy of an IBM Cloud Migration

Having arrived late to the cloud revolution, IBM has frantically been working to step up its presence in the growing field. It doesn’t spend nearly as much on building the massive data centers that support the public clouds of giants like Amazon.com Inc. and Microsoft Corp. Instead, it’s pitching itself as a specialty player that can help big companies and governments combine different cloud services along with traditional in-house computers.

IBM’s move to be a middle-layer between competitors’ clouds could be seen as a capitulation to big-spending rivals, or a smart move to differentiate itself in a crowded field. In March, the company opened up its own cloud product to competitors’ AI tools, another example of playing nice with others in a bid to attract and keep customers.

Chief Executive Officer Ginni Rometty has made newer technologies that run on cloud services, such as artificial intelligence and security software, a centerpiece of her plan to return the 107-year-old company to growth after six years of revenue declines. Analysts and investors closely monitor the company’s cloud sales, rewarding or punishing the company depending on the unit’s performance every quarter.

The same will happen Tuesday, when IBM reports its third-quarter earnings