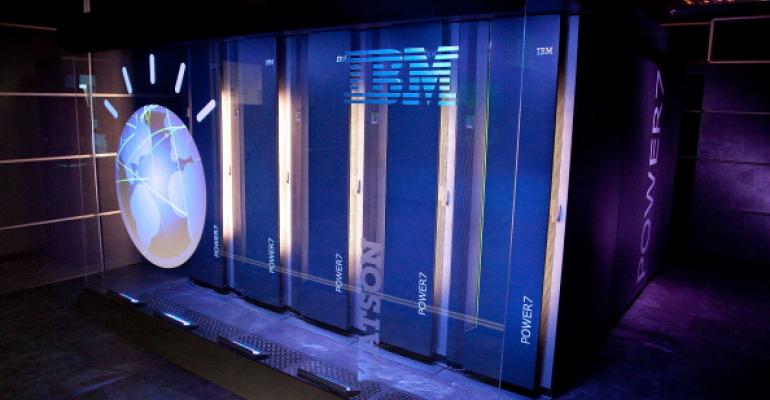 Nate Lanxon (Bloomberg) -- IBM and Electricite de France SA are among companies warning the U.K. government about significant threats to their businesses after Britain leaves the European Union, according to a report in the Mail on Sunday, citing confidential documents.

The companies complained about a possible shortage of skilled workers as they submitted comments to the Home Office as part of a consultation on post-Brexit immigration policies, the newspaper said.

IBM in its comments said Britain risks losing its status as a home for artificial intelligence excellence, as well as leadership in cyber-security matters, according to the Mail. In 2016, the company announced it was tripling the number of data centers it would operate in the U.K., all of which included its Watson AI technology.

The disclosure follows the release of a report commissioned by the government that found U.K. businesses are reliant on EU workers and are concerned about restrictions after Brexit. U.K. net migration from other EU countries plunged by more than a half since the 2016 referendum, with the decline most acute among citizens of the eight eastern countries, including Poland, that joined the bloc in 2004.

France’s biggest utility, which is building the 20-billion-pound ($28 billion) Hinkley Point C nuclear reactor in Somerset, England, warned that the cost of the project could soar and the 2027 completion target could be pushed back if the 7,500 non-British workers it needs are not available, the Mail said.

Other firms, including Amazon.com Inc., high-street retailer John Lewis, AstraZeneca Plc, McDonald’s Corp. and British Gas parent Centrica Plc, have cited a range of other post-Brexit threats. These include moving of head offices from the U.K., potential shortages of life-saving drugs and possible bottlenecks in e-commerce deliveries during peak buying seasons.