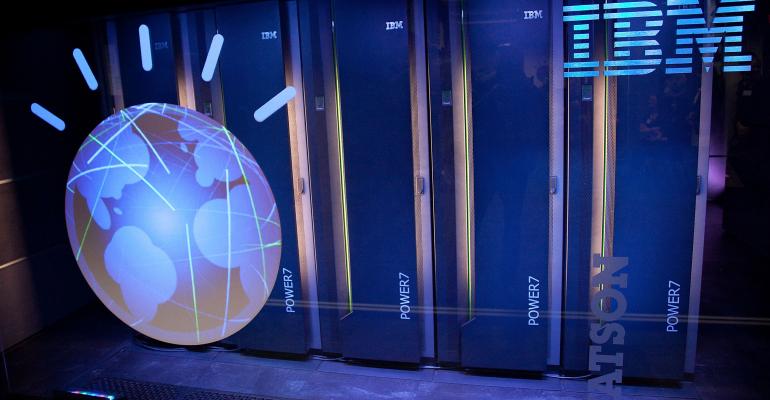 Deliberations are in early stages of a potential spin-off of the unit that generates about $1 billion in revenue but isn't profitable.

Deliberations are at a very early stage and the company may opt not to pursue a deal, said the person, who asked not to be identified discussing private talks. IBM is exploring a range of alternatives, from a sale to a private equity firm or a merger with a blank-check company, according to the Wall Street Journal, which earlier Thursday reported the possibility of a deal.

IBM has been trying to boost its share of revenue from hybrid-cloud software and services, which lets customers store data in private servers and on multiple public clouds, including those of rivals Amazon.com Inc. and Microsoft Corp. IBM bought RedHat for $34 billion in 2018 to boost this effort.

As a testament to the company’s bet on the cloud, Krishna said in October that he would spin off IBM’s managed infrastructure services unit into a separate publicly traded company. The division, currently part of the Global Technology Services division, handles day-to-day infrastructure service operations, like managing client data centers and traditional information-technology support for installing, repairing and operating equipment. While the unit accounts for about a quarter of IBM’s sales and staff, it has seen business shrink as customers embraced the shift to the cloud, and many clients delayed infrastructure upgrades during the pandemic. The spinoff is scheduled to be completed by end of 2021.

Offloading IBM Watson Health, which helps health care providers manage data, would further Krishna’s efforts to streamline the company. The unit generates about $1 billion of annual revenue and isn’t profitable, according to the Journal, which cited people it didn’t identify. An IBM representative declined to comment.

IBM embarked on Watson with lofty goals, such as revolutionizing health care for cancer patients, but many of its ambitions haven’t panned out and some customers have complained that the products didn’t match the company’s hype. IBM has scaled back its Watson ambitions, including through job cuts last year.