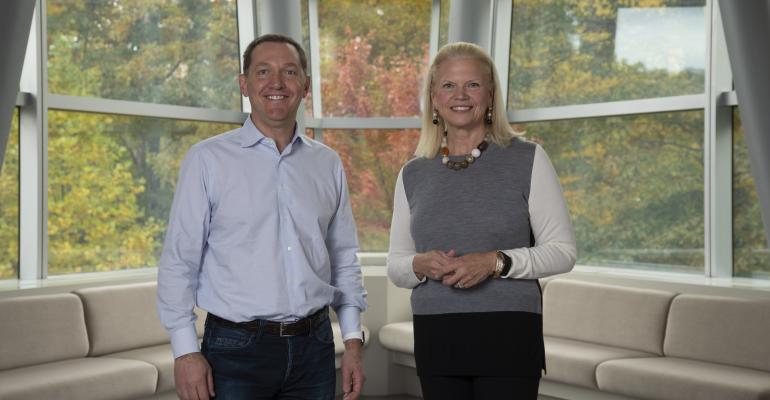 He was expected to bring Red Hat's open organization culture to the old-guard corporate giant.

It's another end of an era at IBM and Red Hat.

On Friday, just in time to the Fourth of July weekend in the US, IBM CEO Arvind Krishna announced in a press release that Red Hat's former CEO Jim Whitehurst is resigning from his role as president of IBM, a position he's held for 16 months. No reason has been given for his departure.

"Jim has decided to step down as IBM President, however I am pleased he will continue working as Senior Advisor to me and the rest of the Executive Leadership Team as we continue to evolve our business," Krishna said in his statement.

Related: Red Hat CEO Paul Cormier Talks About IBM and His Vision for the Future

"Jim Whitehurst has played a pivotal role in the IBM and Red Hat integration," Krishna said. "In the almost three years since the acquisition was announced, Jim has been instrumental in articulating IBM’s strategy, but also, in ensuring that IBM and Red Hat work well together and that our technology platforms and innovations provide more value to our clients."

If IBM was hoping that dropping this bomb on the eve of a holiday weekend was going to reduce its impact, that hasn't worked. The immediate response on Wall Street was a 4.8% drop in share price, the largest drop in five months, according to Bloomberg.

Wall Street has good reason to have concerns, as Whitehurst's departure probably won't be good for either IBM or Red Hat, the company he led for more than 12 years.

As CEO of Red Hat, Whitehurst was instrumental in putting together IBM's $34 billion dollar purchase of the company he headed. He also appears to have been largely responsible for IBM's decision to let Red Hat continue to operate as a stand-alone company instead of being swallowed to become just another IBM division.

When Whitehurst stepped down as CEO of Red Hat in April 2020, 10 months after the acquisition was completed, to take the role of IBM's president, some analysts were caught by surprise, as many had assumed that he would be picked to replace IBM CEO Ginni Rometty, who had announced in January that she would be leaving.

He was expected to bring Red Hat's "open organization" culture to IBM, which has widely been considered as overly mired in a corporate culture from the mid-20th century.

The time he's spent in the president's seat has been good for the company, however. In fiscal year 2020, IBM's total cloud revenue was $25.1 billion, up 19 percent over the previous year, and Red Hat saw an increase of 18 percent in its revenues.

His tenure at Red Hat was even more impressive, with revenue roughly doubling every four years.

When Whitehurst left his job as COO at Delta Air Lines to become Red Hat's CEO, the company's annual revenues were at about $500 million. Four years later, in 2012, Red Hat reported earnings of $1.13 billion, making it the world's first billion dollar open source company. By 2016, earnings had risen to $2.05 billion, another first for an open source company. For fiscal year 2019, Red Hat's last as an independent company (and it's last under Whitehurst's direct leadership), Red Hat reported revenues of $3.4 billion.

While at Red Hat, Whitehurst wrote The Open Organization, a book that chronicled his personal transformation as he moved from being a traditional manager at Delta Air Lines and Boston Consulting Group, where all decisions are made by upper management, to the approach he learned at Red Hat, where he learned to put much of the decision making in the hands of lower-level employees who have a clearer view of what's needed.

With Whitehurst gone, Red Hat will lose its biggest cheerleader within IBM, as well as its best assurance that IBM will stay out of the way and "let Red Hat be Red Hat," as Rometty had promised when the acquisition was underway.