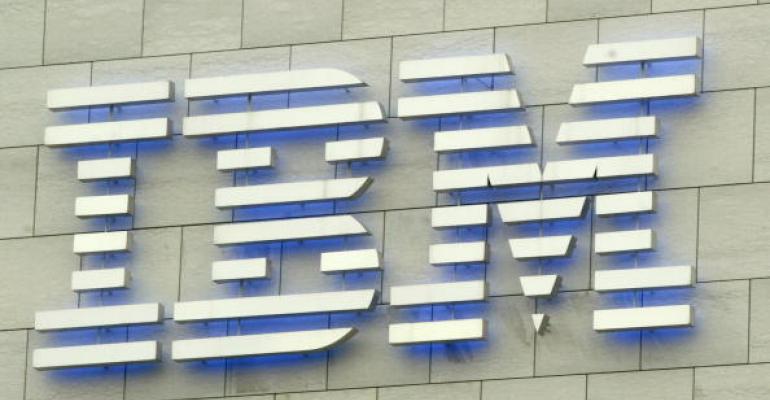 The Phoenix system has been plagued with problems for years; thousands of government workers affected, some missed pay

Gerrit De Vynck (Bloomberg) -- Canada plans to scrap a major IBM federal payroll plan that created chaos for thousands of government workers and will have cost the government almost C$1 billion ($780 million) by the time it’s over.

It went live in 2016, just months after Trudeau won office. From the beginning, it didn’t work like it was supposed to. Some people were paid too much, others not at all. Those issues snowballed with the deluge of requests to fix incorrect paychecks. The fear of not getting paid still hangs over the country’s more than 260,000 federal public servants. Some put off major financial decisions. Others declined promotions or retirement, fearing any change in their pay could cause more trouble.

Two years later, some employees are still having problems. The latest data showed a backlog of 384,000 cases linked to the program.

IBM said it’s “fulfilling its obligations on the Phoenix contract, and the software is functioning as intended.” The company “continues to work in partnership with the government’s efforts to resolve the project’s issues, and remains committed to the project’s overall success,” it said in a statement.

Debi Daviau, president of one of the main unions representing government workers, said the blame falls mostly on the senior government officials who ran the project and opened it even though there were glaring warning signs it wasn’t ready. But she also questions why IBM went ahead when it was clear there would be problems, and why the company benefits from a project that never worked as promised.

“They should have known better,” Daviau said in an interview. When the company’s warnings that more testing was needed went unheeded, IBM didn’t put its foot down and hold up the project until it was ready, she said.

“IBM got into a contract with the government that was very beneficial to IBM, which meant that the contract -- despite non-delivery -- could continue to be extended and IBM could continue to come back to the pot for money,” she said.

Treasury Board President Scott Brison has said IBM has a responsibility to help the government fix the program.

“IBM, as a sophisticated global company, needs to recognize that we as the government of Canada are not just an important client for IBM but there is reputational risk for IBM in not helping us fix this,” Brison said last June during an appearance at the Senate’s finance committee.

The fiasco illustrates how difficult it is to bring governments into the 21st century when it comes to technology, and the risks and limitations faced by companies like IBM, who get a large amount of their business from governments. IBM, based in Armonk, New York, doesn’t disclose how much of its revenue comes from government contracts.

It’s not the first time IBM has been embroiled in a payroll system disaster. The Australian state of Queensland scrapped a similar project after an initial contract went off the rails and ended up costing the government around A$1 billion ($772 million) to fix. A public inquiry mostly blamed government officials, but determined IBM shouldn’t have been chosen for the job. IBM disputed some of the inquiry’s findings in 2013.

Canadian Finance Minister Bill Morneau said Wednesday that the previous government made mistakes in dismissing staff needed to implement Phoenix but that, “it’s not about seeking blame, it’s about trying to get it right.”

Canada announced Tuesday it would start moving away from Phoenix and set aside money to find a new solution. The government will spend C$431 million to keep the program running in the near term, on top of C$460 million already spent to put Phoenix in place and fix the problems it generated.

The project was meant to save costs by firing 1,200 employees handling payroll at various departments around the country and replacing them with about 500 people in a centralized location using Phoenix to handle most of the government’s payroll needs.

An inquiry from Canada’s auditor general, a position similar to the U.S. Government Accountability Office, found many of the new employees were poorly trained and overworked. The software platform itself, a heavily modified version of Oracle’s PeopleSoft program, had yet to be encoded with many of the payroll complexities faced by a massive and diverse public service, such as unique shift rules for Coast Guard officers or prison guards.

Phoenix is a classic example of a government wanting to save money on an expensive new technology project by cutting the number of employees working on it, only to discover later that those people were essential to seeing it through, said Nigel Wallis, a vice president with research firm IDC Canada. Other companies considered the project and decided against bidding because it looked too complex, but IBM went ahead, Wallis said. “The promise of short term savings are often illusory,” Wallis said “That’s a real issue not just for government but also for a lot of large scale technology transformations. You need to approach them with a level of seriousness that I don’t think necessarily was done in this instance.”

Most major technology change-over projects -- for the private and public sectors -- either fail or face significant challenges, according to researcher Standish Group, which tracks thousands of projects every year.

On Wednesday, a New Democratic Party representative stood up in Parliament to ask Trudeau what he was doing for one of her constituents who was out C$40,000.

“We didn’t create this mess,” the prime minister said. “But we are going to fix it.”