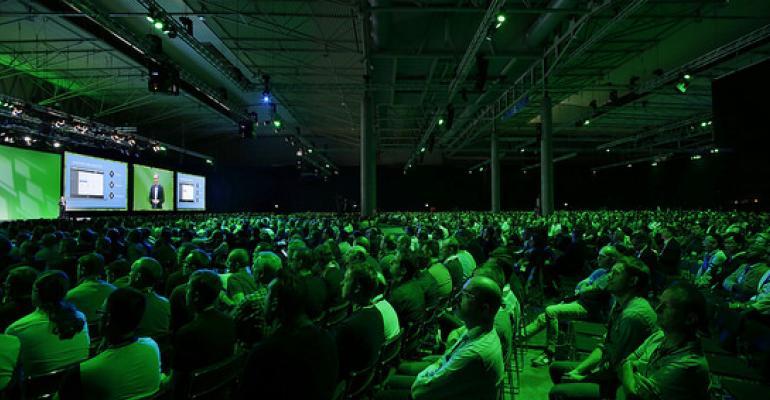 We don’t often get a chance to stick two buzz-phrases into one headline, but thanks to VMware, today is our lucky day.

For companies looking to deploy edge computing, be it computers in retail stores, in remote offices, or on factory floors, VMware has a new hyper-converged cluster powered by vSAN, its answer to hyper-converged infrastructure leaders like Nutanix and Hewlett Packard Enterprise-owned SimpliVity.

Companies typically deploy edge computing nodes to process data close to where it originates to get analytics results faster, to save on the cost of transporting data to a central data center, or to avoid problems caused by poor remote-site connectivity.

Use of this type of computing infrastructure is on the rise, which is expected to accelerate as next-generation applications, such as self-driving cars or virtual and augmented reality kick into high gear and spur demand for heavy, near-real-time processing impossible if data from the originating device has to travel to a remote data center and back.

“Most customers now want to process all the data at the remote site,” Chanda Dani, senior director of product marketing at VMware, said in an interview with Data Center Knowledge.

The company’s new HCI Acceleration Kit is a $25,000 pre-integrated three-node cluster that comes pre-loaded with vSphere, its server virtualization software, and vSAN. Each of the three nodes is a single-socket server by one of the hardware partners, who currently include Dell, Lenovo, Supermicro, and Fujitsu.

VMware promises fast deployment and management simplicity. “The system can be managed centrally by IT generalists,” Dani said. “And they can expect enterprise-grade storage performance and run as many virtual machines as they want.”

The company made the announcement at VMworld, its big annual conference that takes place this week in Las Vegas.

Along with the hyper-converged infrastructure package for edge computing, VMware unveiled a new release of its OpenStack distribution: VMware Integrated OpenStack 4.0. The new distro supports all the features that came out with the latest Ocata release of the open source cloud platform, Mahesh Kumar, a senior director at VMware, said.

Like with the new edge computing kit, VMware is promising easy deployment and management of its OpenStack distro. The platform is notoriously difficult to set up and manage without help from specialists. But users of VMware’s distro have “absolutely no need for professional services,” Kumar said.

For the first time, VMware is now charging for its latest OpenStack distribution. Prior releases were free, but the company provided paid support as an option.