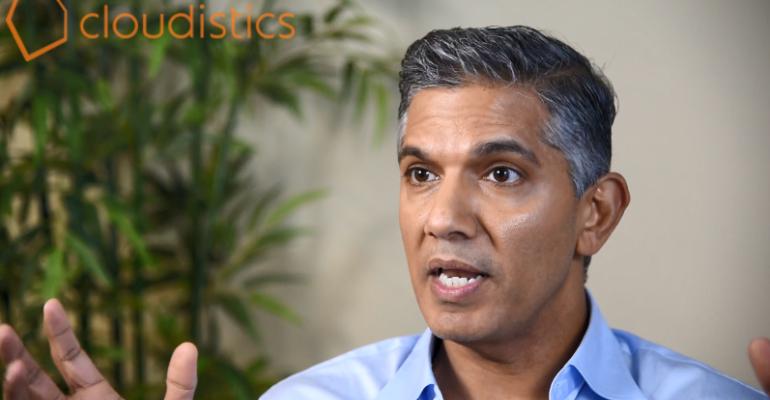 As hardware components of hyper-converged infrastructure systems move further to the background as undifferentiated commodity products, giving way to software – the actual enabler of hyper-convergence – more pure-play software companies are emerging to fight for the market opportunity in bringing together compute, storage, networking, and virtualization in a way that makes it easier to scale capacity across the stack.

One of these companies is Cloudistics, based in Reston, Virginia. Led by a team that includes one of the original developers of RAID, the five-year-old company is offering a software solution running on OEM hardware to give you cloud-like operations with software-defined infrastructure, but also a hardware support model that brings some of the benefits of public cloud to your own data center.

Public cloud adoption didn’t skyrocket because it’s the right model for all applications, it skyrocketed because of how easy it is to subscribe and consume cloud services, Chris Myhill, VP of worldwide marketing at Cloudistics, told Data Center Knowledge at the company’s recent UK launch. “We want to bring the same experience behind your firewall,” he said.

Cloudistics Ignite is a set of software services that handle IaaS deployments on known hardware, managed through a cloud-hosted multitenant portal. Myhill described it as a “self-healing cloud layer, which handles component failure and keeps your applications running, and will scale up and out as you need.”

Delivered in a flight case with a white-glove installation for a 6U stack of Dell servers and flash storage, plus two switches that run an SDN, the infrastructure is ready to go as soon as you make power and network connections. All management and application installation are handled via a single management portal. Ignite automatically scales network, storage, and compute, with all infrastructure hidden from the end user. As an option, you can extend virtual networks to public cloud (initially IBM Bluemix but soon also Azure), although it won’t do the scaling and provisioning into public cloud for you.

Built around a clusterless environment, Ignite supports containers for quick application deployment and has about 70 use case-based solutions on Cloudistics’ marketplace, including for things like Splunk and Cloud Foundry (using your own software licences but with Cloudistics acting as a single point of support).

According to Myhill, the platform is a tool for “cloud repatriation,” bringing workloads back on premises in situations that call for that. It could be a company needing to move back in-house because the changing regulatory environment in Europe is making it more difficult to use public cloud services; or it could be a company that had underestimated the costs of operating in a public IaaS environment.

The platform is also designed for workloads that require access to on-premises data and services, as well as traditional workloads that come with so much technical debt that it’s cheapest to run them in-house.

The hardware can live in your own data center or in a colocation or hosting facility, managed by your team or by a service provider. Developers get a self-service portal; hardware admins get an integrated management portal. That scales to multi-tenant support for MSPs, showing them all their customers’ systems.

Mixing self-service and outsourced management in one platform means you can separate day-to-day operations and software installation from licensing and other higher-level services, decoupling management from operations. “You can have a partner or an MSP manage it for you, but they can’t touch your VMs or you data behind your firewall if you don’t want them to; it’s support but not access,” Myhill explained out.

Another public cloud advantage Cloudistics wants to give its customers is not having to worry about hardware failure. Just as it handles the setup for you, its monitors your system proactively and orders new parts once it detects problems using Dell’s four-hour hardware replacement service.

Myhill calls Ignite “an on-premise cloud managed from the cloud. You don’t have to manage the hardware assets; we do that. We keep the lights on and you consume it the same way you do AWS. We monitor the platform for you, and if there’s anything untoward we bring in a new piece of tin. We plug in a blade with CPU and RAM and give that to a running application with no reboots.”

The same service lets you add new hardware to a cluster without downtime, though there may be a small performance degradation while storage rebalances.

Cloudistics plans to add another brand name hardware OEM alongside its current Dell partnership, with the possibility of offering a white-label option in the future. Like Microsoft’s Azure Stack, the level of automation in Cloudistics Ignite is such that it’s essential to have tight binding with the underlying hardware: a known set of drivers and firmware means that operating systems, software, and firmware can be updated remotely with minimal disruption.

It’s interesting to see another company take a similar approach to Microsoft with a private cloud platform but with a different emphasis. While Microsoft designed Azure Stack for large-scale hybrid cloud deployments, with the same code running locally and in Azure, Cloudistics’ Ignite is purely for on-premises deployments at much smaller scale than Microsoft’s multi-rack stamps. Cloudistics’ bring-your-own license approach should also make it attractive as part of a migration from traditional data centers to cloud-like operations, whether in your own racks or hosted with a service provider.