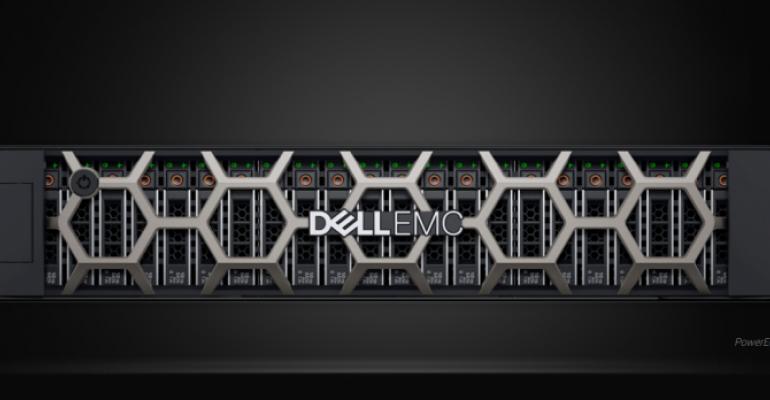 Dell EMC announces the availability of its HCI appliances on its new PowerEdge 14th generation servers.

Dell EMC announced that it's expanded its hyper-converged infrastructure portfolio with the availability of its HCI appliances on its newly designed PowerEdge 14th generation servers. Availability will include the VxRail Appliance family, powered by VMware vSAN and jointly engineered with VMware, and the XC Series, designed for users seeking a choice of hypervisors, including Microsoft Hyper-V, or multi-hypervisor environments.

For the uninitiated, HCI is an infrastructure system with a software-centered architecture that integrates compute, storage, networking, and virtualization into commodity hardware supported by a single vendor. IT departments like HCI for its cost effectiveness and ease of management. OEMs like it because it includes software, compute, and storage in a single package.

It's also a fast-growing market segment for OEMs. According to IDC, HCI saw worldwide revenue growth of 48.5 percent year-over-year in the second quarter of 2017, and it now represents nearly 25 percent of overall converged infrastructure solutions sold. Also according to IDC, Dell EMC holds the top spot, with 29 percent of the market.

"Customers transforming their IT are increasingly turning to hyper-converged infrastructure as an ideal foundation for simplifying IT today and for the future," Chad Sakac, the president of Dell EMC's Converged Platforms and Solutions Division, said in a statement. "With HCI designed as a software-defined infrastructure, achieving ultimate performance and reliability relies on tightly engineering software with optimal hardware and its configurations. Dell EMC's turnkey, pre-integrated, tested and validated HCI appliances enable customers to simply stand-up and scale IT infrastructure, backed by trusted dependability and performance, to help IT organizations more easily meet the growing demands of their businesses."

According to Dell, it's upgraded appliance portfolio's higher core counts, faster processors, increased memory channels and faster memory will result in up to 1.7x more processing power and up to 62 percent higher internal bandwidth, which translates into faster access to applications and data.