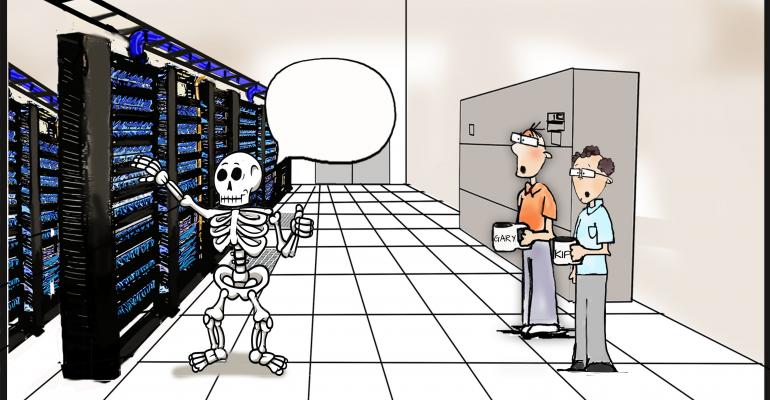 Vote for the Best Caption in the DCK Cartoon Caption Contest! Nov. 2017

Who will win October's Halloween edition?

Some good (and some pretty bad) submissions came in for last month's edition of the DCK cartoon caption contest. Here are the submissions. Vote for the funniest caption by putting its number in the comments below! 2. Sorry about that power surge, folks. All good now.

4. Zombie servers out again - time to get a handle on these guys!

5. So where did you think the next contractor pool was going to come from, huh?

6. What's the matter? Haven't you ever heard of a skeleton staff.

By the way, the cartoon for this month's contest is already up. Check it out and submit your caption here.