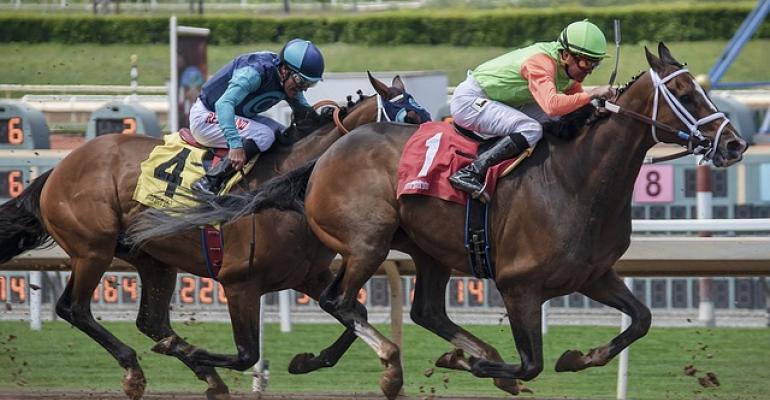 Expectations are high in the days leading up to the International Supercomputing Conference 500. Many fans are sure they have a winner with Summit.

The 2018 International Supercomputing Conference is less than two weeks away. While that's important news for those who build and maintain supercomputers -- the computing world's answer to bullet trains -- it'll also be important for all sorts of organizations, from corporations to nations (if nations can ever be called "organized") for bragging rights.

Tech companies always lead the way here, and already IBM, Nvidia, and Red Hat are beating their chests and proclaiming "we're number one!" over expectations that IBM Summit will top this year's list. If it does, this will return the Super Cup, or whatever they call the prize for the most super supercomputer, to the good ol' USA, which last year could only manage a fourth-place showing, with the cup going to the Chinese for Sunway TaihuLight and its 93 petaflops, which I've been told is blazing fast. In fact, the Chinese system has topped the four previous editions of the Top500 list consecutively.

Last year Team USA took a double-whammy by also dropping to second place on the list of countries with the most supercomputers. That honor now also goes to the Chinese, meaning that last year they won the coveted "Double Crown."

Anticipation, as you can imagine, is high. There have been reports that at IBM's headquarters in Armonk, New York, they're already stockpiling all the highest-quality New York State concord grape wine they can find to celebrate the win. And at Red Hat headquarters in Raleigh, North Carolina, the kitchen staff are working overtime to make enough sweet tea to accommodate the expected standing-room-only crowd in the company's lobby, when RHEL is declared the winning OS for bringing Summit in for the win. And sources within a certain residence on Pennsylvania Avenue (I've been sworn to secrecy and can't be more specific, sorry) have told me that with the return of the Super Cup to US soil, its main occupant will declare, "America is great again!"

Nvidia has no plans to celebrate, however. At their lawyers' insistence, they're busy doing one last check to make sure their GPUs aren't susceptible to Meltdown or Spectre.

Even here at Data Center Knowledge we're getting in on the act by betting the farm (or at least June's budget) on all this by proclaiming June to be Supercomputing Time, or something like that. I've been assured that negotiations are underway, and that by game day we'll have exclusive rights to the play-by-play when the Top500 announcements are made, which should be at least as exciting as a curling match.

All seriousness aside, unless the Chinese manage to cook up a surprise, Team USA should be able to bring the Super Cup back to the American soil. (By American I mean the USA: Canada, Mexico, Brazil, and the like don't count.) Summit is reputed to be able to travel at the speed of 200 petaflops, which I'm told in technical terms is actually faster than fast. All they need to do now is make sure to get in and out of pit row as quickly as possible, which a NASCAR representative told me is key to winning any race.