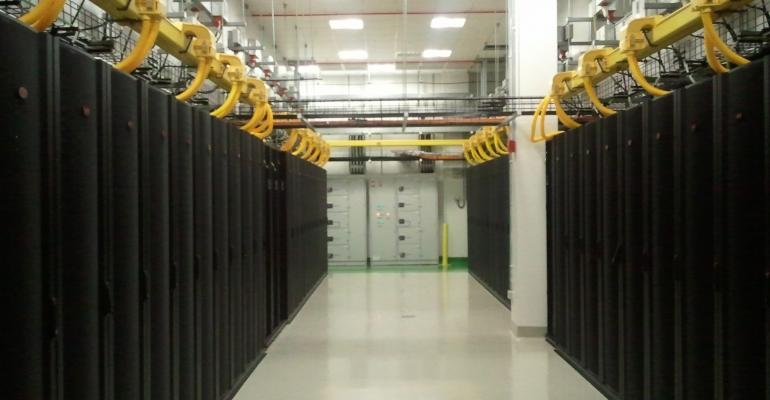 Partners buy out EYP Mission Critical Facilities’ US practice, relaunching it as an independent consulting business.

A group of private investors has bought out Hewlett Packard Enterprise’s US data center design and engineering consulting practice.

The computing equipment giant acquired the practice as EYP Mission Critical Facilities over a decade ago to be in on big enterprise hardware deals ahead of its rivals (primarily Dell and IBM). Last week, eight former EYP principals and other investors bought the practice back from HPE and launched it as an independent business, one of those principals, Rick Einhorn, told Data Center Knowledge.

The buyout price has not been disclosed.

After the 2007 acquisition, the EYP team built out Hewlett-Packard’s data center engineering consulting practices all over the world. Those practices would help HP sell entire data center solutions (complete with IT gear) to customers in places like China and India, and they still do.

HPE has kept the overseas practices, which, according to Einhorn, are now in about two dozen countries. It will continue using the newly independent EYP as a partner on data center projects in the US, but the consulting firm is free to work with HPE’s competitors in the US and elsewhere around the world, he said.

Peter Gross, the original EYP’s founder and CEO, who since 2012 has been VP at Bloom Energy, will chair the new company’s advisory board. He will be closely involved in strategy and planning, Einhorn said.

The company, with 45 or so US-based consultants, plans to go after hyper-scale clients as well as more traditional enterprises. Edge computing will be a particular focus, as he and his partners believe demand for computing infrastructure closer to end users will continue growing quickly.

EYP will both compete and partner with the likes of Vertiv and Schneider Electric, who do data center design and engineering work for clients but also sell power and cooling equipment. EYP has no plans to become an equipment vendor, Einhorn said.

The company’s management believes that having been involved in development of hardware products while part of HPE will give its consultants an advantage over design and engineering firms that haven’t done work outside of mechanical and electrical system design.

A major part of the strategy is using that knowledge to consult traditional enterprises on hybrid-cloud strategy, helping them decide what combination of on-premises, colocation, and cloud services their application architecture should consist of, Einhorn said. To do that, the company has brought on a team of data center strategists who haven’t worked for EYP.

Launched in 1996, EYP designed more than 70 million square feet of data center space around the world before it was acquired by HP. Those included the first Tier IV facilities in the US, Saudi Arabia, and China, Einhorn said. The company listed the world’s largest financial services, energy, and tech companies as clients.