Have a fleet of ProLiant DL servers in your data center? You’ll soon be able to turn them into fluid pools of compute, says HPE.

In an effort to help more enterprises build private or hybrid clouds, Hewlett Packard Enterprise earlier this week introduced composable infrastructure technology to a larger base of its customers: users of its ProLiant DL rack servers.

Two years ago, the company entered the composable infrastructure market with its blade server-based HPE Synergy product, hardware that integrates compute, storage, and networking equipment into a single chassis. It includes a set of management software tools that pools the resources, automatically configures the hardware to provide only the resources needed to run an application, and makes it easy to deploy on-premises or as part of a hybrid cloud.

Now, HPE has made its set of composable software tools work with ProLiant DL servers, allowing a broader set of customers to more easily deploy their own cloud environments, Lauren Whitehouse, product marketing director for HPE’s software-defined and cloud group, told Data Center Knowledge in an interview. The company made the announcement Monday at the HPE Discover 2018 conference in Madrid.

“We have over 2,200 Synergy customers and about a $1 billion run rate business today, and now we are bringing composability to rack-based systems,” she said. “People predominantly standardize on rack form factors for their server infrastructure, so It’s a significant opportunity for us to address a wider number of customers.”

Analysts say the move is significant. Now, IT departments can continue to use their traditional rack server infrastructure to build a composable environment and reap the benefits of the cloud without having to invest in new hardware, Matthew Kimball, senior analyst of data center technologies at Moor Insights & Strategy, told us. Enterprises can use the composable software on Gen10 servers.

“This reduces their costs associated with composable cloud and allows them to bring the benefits of cloud – speed of deployment, high utilization of resources, simplified management – to their existing rack infrastructure,” Kimball said.

HPE also announced that it has integrated software-defined networking (SDN) into its HPE SimpliVity hyperconverged infrastructure product, which combines server, storage, and networking into one appliance. The company acquired the SDN technology when it purchased Plexxi in May.

As HPE executives have explained to us in the past, they view Synergy as infrastructure for large-scale deployments in customer data centers, while SimpliVity is for smaller footprints.

The addition to SimpliVity of SDN, which HPE calls “Composable Fabric,” makes it easier to manage data center networks, Whitehouse said. Virtualization administrators can provision network resources themselves rather than wait for network administrators to assist them.

“It’s about the speed of cloud. Now virtualization administrators can be self-sufficient when it comes to networking,” she said.

“In a hyperconverged environment, the virtual machine is the only way you can abstract hardware. You can’t do bare metal or containers,” he said. 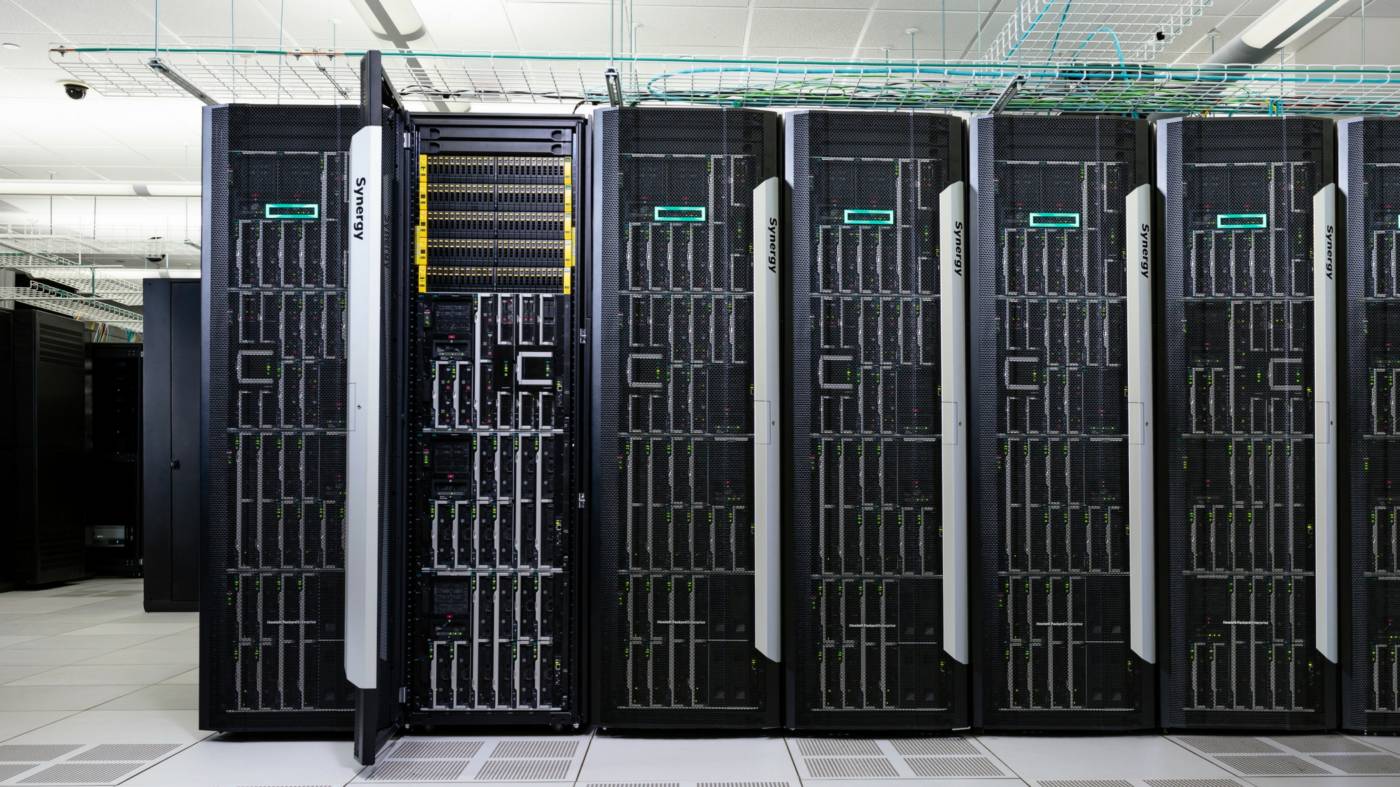 HPE is one of the pioneers of the emerging composable infrastructure market. Other competitors include Dell EMC, which recently introduced the first product as part of its Kinetic Infrastructure, and startups such as Cloudistics, DriveScale, and Liqid, Nadkarni said. Cloudistics recently partnered with Lenovo to provide its composable software on Lenovo hardware, he said.

HPE, however, is an early market leader, Kimball said.

“HPE has a lot of Synergy customers, so while the market is still fairly immature, organizations are clearly seeing the benefits,” he said. “Other players have started to respond to HPE, and that’s not a bad thing. Competition drives innovation, which benefits the market.”

According to HPE, its set of Composable Cloud software includes HPE InfoSight software, which uses artificial intelligence to perform predictive analytics; Composable Fabric, the SDN piece that simplifies network configuration and management; HPE OneView, which automates infrastructure management and workflow; and HPE OneSphere, a software-as-a-service offering that allows enterprises to integrate and manage their on-premises clouds with commercial cloud services in one dashboard.

The OneSphere software allows users to self-provision resources on premises and in the public cloud. To simplify management, it keeps track of resources used and costs in real-time, so organizations don’t get billing surprises at the end of the month, Whitehouse said. The software also checks to ensure organizations are maintaining compliance, such as encrypting customer data.

“The public cloud really inspired us to create a self-service type of environment on-premise,” she said. “OneSphere is our multi-cloud management solution.”

“IT is able to more easily support the needs of the business with far less effort,” he said. “That vision of the environment, where business units spin up environments and build apps and services without having to rely on IT, is realized.”

The composable technology is also the beginnings of HPE’s strategy for an automated data center, Kimball said.

“HPE is starting to integrate and position its management software to manage the Composable Cloud infrastructure from cradle to grave,” he said. “From the initial deployment of hardware to provisioning operating environments to the ongoing monitoring and management of the environment, I believe we are starting to see the vision of the autonomous data center start to come into being.”