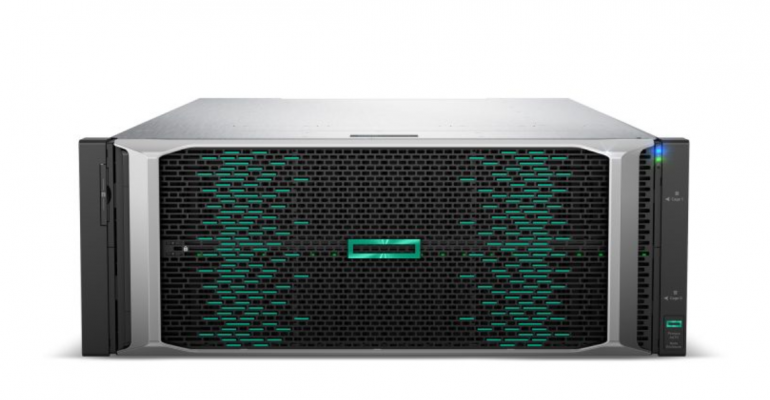 The move brings AI-powered InfoSight predictive analytics to both compute and storage for Composable customers.

Hewlett Packard Enterprise said it was making its composable infrastructure technology smarter, faster, and more reliable by integrating it with its new high-end Primera storage system.

The company pioneered the composable infrastructure market, first by introducing its blade server-based HPE Synergy product about three years ago, then making it available to ProLiant DL rack-based customers this year through its Composable Cloud offering, which is now called Composable Rack.

HPE this week announced that its Synergy and Composable Rack customers could now build a composable environment using Primera, the fast all-Flash array designed for mission-critical applications it launched in June. Primera, which comes with a 100 percent uptime guarantee, leverages HPE’s InfoSight predictive analytics software, which uses AI and machine learning to predict and prevent problems.

“We are bringing Primera into the composable family, and that is delivering more intelligence and automation to our customers,” said Lauren Whitehouse, director of marketing for HPE’s Software Defined and Cloud Group.

HPE previously introduced InfoSight to its ProLiant servers. With the integration of Primera, it’s the first time Composable Rack customers will get AI-powered predictive analytics at both the compute and storage layers. (In contrast, HPE Synergy customers previously offered InfoSight intelligence and both the compute and storage layers through HPE Synergy servers and Nimble storage equipment.)

HPE is an early market leader in the composable infrastructure market, where it  competes against Dell EMC and startups such as Cloudistics, DriveScale, and Liqid, analysts said. HPE said its Synergy business now had 3,000 customers, seeing 78 percent year-over-year growth.

Overall, however, the market is still nascent.

“The market is still in its early stages with promising signs, but it’s not reached the point of stable growth,” said Ashish Nadkarni, IDC’s group VP of infrastructure systems, platforms, and technologies.

Henry Baltazar, research VP for the storage channel at 451 Research, said HPE’s move to integrate Primera with composable family of products made perfect sense, because the company was starting to ramp up sales of Primera and wanted to give customers more choices. HPE has positioned Primera as the next-generation storage solution after 3PAR, he said.

“When you look at Primera, it’s their ultra-reliable high-performance machine for mission-critical workloads, so it’s really about giving their customers more flexibility and agility,” Baltazar said.

“There are customers who are coming up on a refresh of their environments, and we have an opportunity to get Primera storage into their refreshed composable environment,” she said.