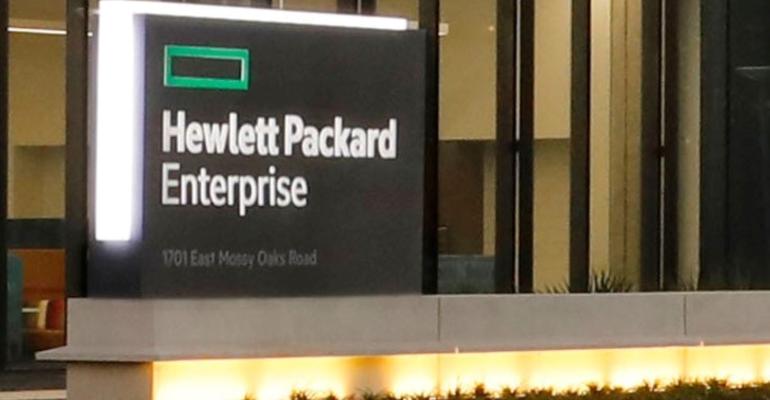 Six months ago, the company introduced HPE GreenLake Private Cloud Enterprise, a new managed service in which HPE builds private clouds for their customers by designing, installing and managing server and storage infrastructure in their on-premises data centers, edge locations or colocation sites.

The pay-as-you-go subscription service was initially limited to early adopters in the United States and the United Kingdom, but now it’s available in 52 countries worldwide, HPE announced on Wednesday at its HPE Discover Frankfurt 2022 conference in Germany.

“If I‘m a big AWS shop, I can now deploy those same workloads the same way on an HPE GreenLake private cloud instance. I can connect those environments or run them separately, but the key is they are running the same underlying Kubernetes,” Thompson said in an interview with Data Center Knowledge.

HPE’s announcements Wednesday are the company’s latest updates to its GreenLake platform, the company’s on-premises solutions that are offered through a cloudlike, subscription-based, as a service model, in which customers don’t have to own or manage the equipment.

HPE was among the first hardware providers to announce plans to make its products available as a service, and its success prompted other hardware makers, including Dell and Cisco, to pursue similar strategies. HPE executives on Wednesday said HPE continues to gain customer traction with GreenLake adoption reaching $8.3 billion in contract value, up from $7.1 billion six months ago.

Analysts say HPE is continuing to round out its GreenLake portfolio of services with Wednesday’s announcements. Since launching GreenLake, HPE has methodically added new services over time, such as disaster recovery and Virtual Desktop Infrastructure (VDI) as a service, said Rob Brothers, program vice president of IDC’s data center and support services.

“They’re moving up the stack of services. As they begin moving up into the services catalog and more into the middleware layer, they’re now starting to offer things like Kubernetes containers as a service,” Brothers told Data Center Knowledge.

In fact, on Wednesday, HPE said the previously announced HPE GreenLake for Red Hat OpenShift Container Platform will be available during the 2023 first quarter.

Other Innovations in HPE GreenLake for Private Cloud Enterprise

HPE GreenLake for Data Fabric is a managed service that eliminates data silos and creates a single data store of on-premises and public cloud data for analytics and other needs. HPE Ezmeral Unified Analytics is a unified, modern hybrid analytics and data lakehouse platform. It is optimized for on-premises and hybrid cloud deployments, handles different data types in one consistent platform to avoid silos, and spans the edge to the cloud, the company has said.