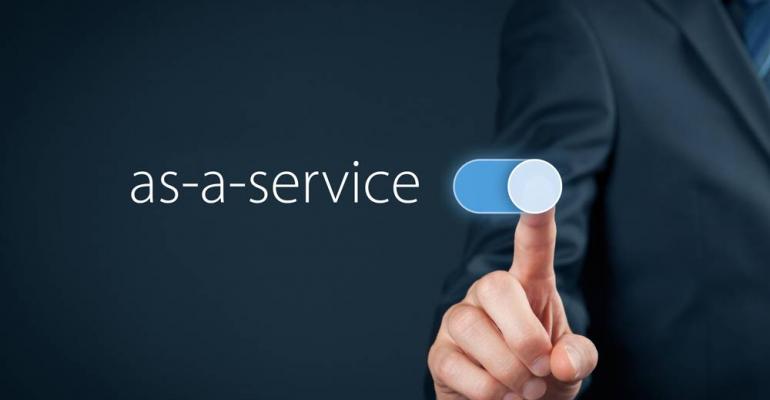 HPE Doubles Down on Consumption-Based Offerings with New ITaaS Platform

IT-as-a-Service is booming, and vendors are scrambling to develop the first and best offerings for partners peddling pay-as-you-go models. With its new GreenLake offering, HPE joins the fray.

Research firm IDC projects that consumption-based procurement will eclipse traditional procurement by 2020 as IT teams continue to face intense pressure to manage cost and risk while solving for business outcomes. HPE says GreenLake will allow IT departments and channel partners to provide flexible on-premise environments with “cloud-like capabilities” without the need to make heavy investments in complex infrastructure development.

“The business is pushing IT to provide everything they want and need – real time analytics, advanced apps, rapid scalability – and as quickly as possible,” said Ana Pinczuk, SVP and GM of HPE Pointnext, in a Q&A. “They can get that from the cloud, but can’t afford to give up the control they get with on-premises IT.”

For partners, GreenLake’s biggest promise lies in its ability to translate highly technical tactical details into business-specific terms, bridging the gap between the CIO and the CFO. As more and more of the IT decision-making is done by the finance rather than the IT department, providers are scrambling to configure their offerings from an OpEx to a CapEx model.

HPE is hoping to strike the perfect balance with the foundational HPE GreenLake Flex Capacity, offered by the company’s Pointnext group. Pointnext is HPE’s on-prem infrastructure provider today and will be driving the new offering.

HPE has entered into a number of partnerships in recent years designed to grow its consumption-based services, which it first began offering more than 10 years ago with its early Infrastructure-as-a-Service solutions.

The IT-as-a-Service (ITaaS) trend first gained traction with the introduction of the cloud and hasn’t stopped booming yet. Last year, McKinsey projected that the bulk of consumption-based IT services would be hosted in the public or hybrid cloud, but vertical plays like healthcare and finance, and horizontal plays such as HR, depend on on-prem solutions to manage risk and comply with governmental regulations. Offerings like GreenLake are designed to pounce on these niche opportunities, and many of the usual behemoths have joined the fray with their own iterations.

Dell EMC and VMware, now both housed under the Dell Technologies umbrella, have a joint initiative to build on Dell’s highly touted software-defined data center ambitions. IBM’s container-focused Cloud Private, formed by pairing technology it acquired when it bought Blue Box and SoftLayer, is geared toward developers building cloud-native applications.

HP’s new offering layers software and services on top of such infrastructures. Earlier this year, the company expanded its Flexible Capacity program to include containers on demand, and it entered into partnerships with Wipro Limited and Rackspace to grow its global footprint and create a pay-as-you-go Open Stack private cloud delivered as a managed service.

The GreenLake infrastructure service offers advisory and professional services from Pointnext to advise and assist on deployment and integration, as well as purpose-built reference architectures. Pointnext will also provide RMM, which it hopes will ease the burden of infrastructure management.

Pinczuk says that GreenLake is just the beginning of HPE’s burgeoning portfolio of consumption-based services. While the program is currently in its pilot stage, we can expect the channel to comprise the bulk of its go-to-market strategy, if we go by the company’s recent plays. HPE hasn’t made pricing specifications available yet.

“The pace of business won’t be slowing down. As business and IT leaders strive to meet the evolving demands of digital business, they will need even more innovative, data-driven solutions to remain ahead of the competition.”