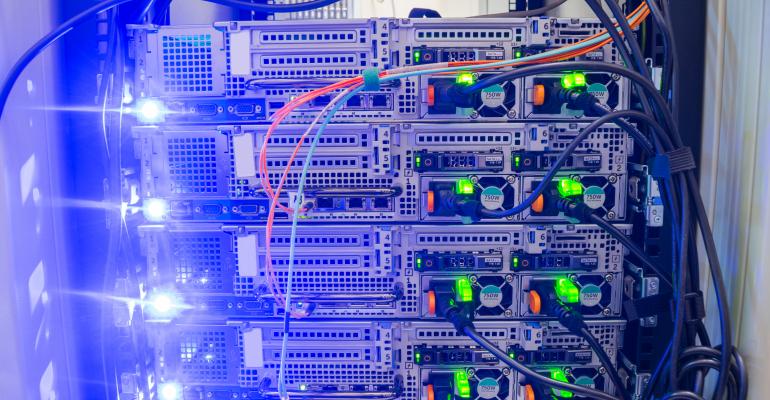 The startup is designing a rack-scale computer for enterprise IT shops that have “good reasons” to run applications in their own data centers.

Look at the components of most any server found in your typical enterprise data center and you’ll find that they’re not much different from those of a personal computer. As Intel’s x86 architecture triumphed – and largely due to that triumph – computer makers applied the concepts used to design PCs to building servers.

And they still do, says Bryan Cantrill, who, together with two co-founders, recently formed Oxide Computer Company in the San Francisco Bay Area to attempt to drag enterprise servers into the modern era of computing, where a handful of hyperscalers have redesigned the data center from the building down to the server motherboard to fit today’s needs, while enterprise IT shops are stuck running what is essentially decades-old technology powered by faster processors.

The likes of Facebook, Google, Microsoft, or Amazon have realized long ago that that’s not the best way to think about compute at scale. They designed rack-scale computers, where individual nodes in a rack share basic resources – things like power supply, cooling, and connectivity.

“But there’s been no rack-scale design in the enterprise,” Cantrill says.

The Data Center Podcast · Why Your Servers Suck and How Oxide Computer Plans to Make This Better -- Bryan Cantrill, Oxide

Besides designing rack-scale computer hardware, Oxide is building an entire software stack to make it useful out-of-the-box. Using existing open source components when possible and writing its own otherwise, the company is tightly integrating all the firmware and software – including the hypervisor – with the hardware underneath.

Oxide raised a $20 million funding round, hired its first employees, and officially launched as a business near the end of 2019. Cantrill, a Sun Microsystems veteran, had just parted ways with Joyent, a cloud provider specializing in high-performance compute acquired by Samsung in 2016. He’d been at Joyent for five years, first as VP of engineering and later as CTO.

One of his Oxide co-founders is Jessie Frazelle, a software engineer whose resume includes roles at Docker, Mesosphere, Google, and Microsoft, and who as a technical consultant to HBO wrote the code you may have seen on Dinesh and Gilfoyle’s laptop screens in the show Silicon Valley.

The third co-founder is Steve Tuck, Joyent’s former president and COO, who left around the same time as Cantrill.

Tuck is Oxide’s CEO, Frazelle is its chief product officer, and Cantrill is the company’s CTO.

Contrary to popular belief, the Oxide team thinks the market for on-premises computing infrastructure is not only alive and well but will grow – not shrink as a result of companies moving workloads to public cloud platforms.

Not only is the startup aiming at traditional large enterprises with workloads still running on premises “for good reasons,” as Cantrill puts it. It’s also betting that more and more hot SaaS companies (companies with popular ride hailing or food delivery apps for example) are reaching a size where running in the cloud is too expensive and it makes more sense to invest in their own compute infrastructure.

“You have SaaS companies that themselves have become multi-billion-dollar companies,” he says. “Those companies are going to be wildly incentivized to be on-prem for all the economic reasons for why you want to own your own computers. And right now, they are staring into an abyss that has Dell, and Supermicro, and HPE at the bottom of it.”

While the market opportunity seems clear and obvious to Cantrill and his co-founders, venture capital investors tend to shy away from hardware startups, and Oxide is lucky to have found an investor that shares their worldview, he says.

“Even though hardware has never been easier than it is right now, VCs hear ‘hardware’ and they clench up, because they don’t understand it,” Cantrill says.

Oxide found its VC co-conspirator in Pierre Lamond, one of the semiconductor industry’s pioneers and a major figure on the Silicon Valley VC scene. He is currently partner at Eclipse Ventures, which led the $20 million investment round in Oxide, with Lamond joining the startup’s board.

For a lot more about what it is Oxide Computer Company has cooking in its rack-scale-computer kitchen, listen to our interview with Bryan Cantrill on the latest episode of The Data Center Podcast. Listen here or anywhere you get your podcasts (Spotify, Apple Podcasts, Google Podcasts, Stitcher).