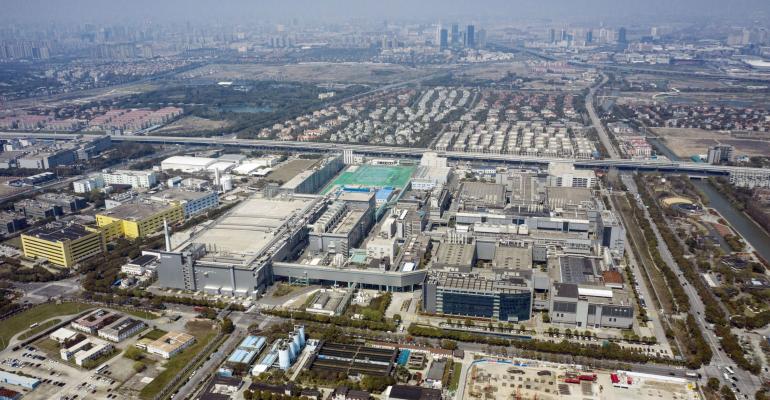 Nineteen of the world’s 20 fastest-growing chip industry firms over the past four quarters, on average, hail from the world’s No. 2 economy, according to data compiled by Bloomberg.

(Bloomberg) -- China’s chip industry is growing faster than anywhere else in the world, after US sanctions on local champions from Huawei Technologies Co. to Hikvision spurred appetite for home-grown components.

Nineteen of the world’s 20 fastest-growing chip industry firms over the past four quarters, on average, hail from the world’s No. 2 economy, according to data compiled by Bloomberg. That compared with just 8 at the same point last year. Those China-based suppliers of design software, processors and gear vital to chipmaking are expanding revenue at several times the likes of global leaders Taiwan Semiconductor Manufacturing Co. or ASML Holding NV.

Related: Samsung to Spend $360 Billion on Chips, Biotech Over 5 Years

That supercharged growth underscores how tensions between Washington and Beijing are transforming the global $550 billion semiconductor industry -- a sector that plays an outsized role in everything from defense to the advent of future technologies like AI and autonomous cars. In 2020, the US began restricting sales of American technology to companies like Semiconductor Manufacturing International Corp. and Hangzhou Hikvision Digital Technology Co., successfully containing their growth -- but also fueling a boom in Chinese chip-making and supply.

While shares in the likes of Cambricon Technologies Corp. have more than doubled from lows this year, analysts say there may still be room to grow. Beijing is expected to orchestrate billions of dollars of investment in the sector under ambitious programs such as its “Little Giants” blueprint to endorse and bankroll national tech champions, and encourage “buy China” tactics to sidestep US sanctions. The rise of indigenous names has caught the attention of some of the pickiest clients: Apple Inc. was said to consider Yangtze Memory Technologies Co. as its latest supplier of iPhone flash memory.

“The biggest underlying trend is China’s quest for self-sufficiency in the supply chain, catalyzed by Covid-related lockdowns,” Morningstar analyst Phelix Lee wrote in an email responding to inquiries from Bloomberg News. “Amid lockdowns, Chinese customers who mostly use imported semiconductors need to source homegrown alternatives to ensure smooth operations.”

The FactSet China Semiconductor Index, which tracks some of the country’s biggest industry players, has gained roughly 20% since late April, when Covid lockdowns pushed local prices higher. But it remains down about a third from its July 2021 peak.

At the heart of Beijing’s ambitions is the impetus to wean itself off a geopolitical rival and more than $430 billion worth of imported chipsets in 2021. Orders for chip-manufacturing equipment from overseas suppliers rose 58% last year as local plants expanded capacity, data provided by industry body Semi show.

That in turn is driving local business. Total sales from Chinese-based chipmakers and designers jumped 18% in 2021 to a record of more than 1 trillion yuan ($150 billion), according to the China Semiconductor Industry Association.

Shanghai Fullhan Microelectronics Co.’s revenue grew 37% on average because of high demand for surveillance products. The video chip designer has pledged to expand into electric vehicles and AI after winning its “Little Giant” designation. And design tool developer Primarius Technologies Co. doubled sales on average over the past four quarters, saying it’s developed software that can be used in making 3-nanometer chips.

“America is on the verge of losing the chip competition,” international relations scholar Graham Allison and former Google chief Eric Schmidt warned in a Wall Street Journal column. “If Beijing develops durable advantages across the semiconductor supply chain, it would generate breakthroughs in foundational technologies that the US cannot match.”