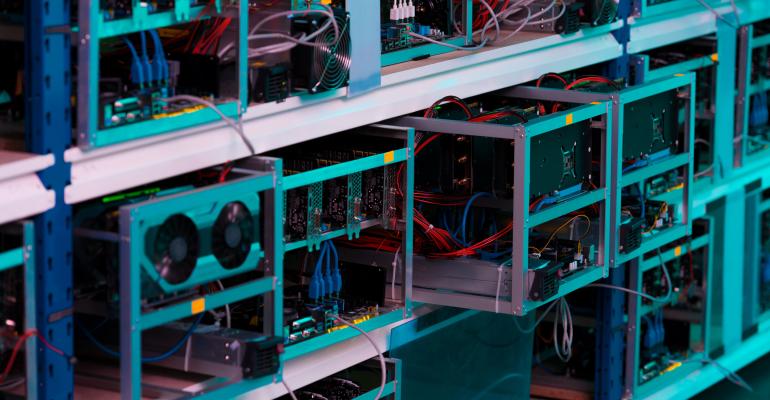 Compass Mining is seeking buyers for mining equipment with 12 megawatts of capacity that can’t be moved out of the country.

(Bloomberg) -- An American crypto-mining company is trying to quickly liquidate $30 million of hardware in Siberia after the U.S. sanctioned a rival over its Russian operations.

Compass Mining Inc. is seeking buyers in Russia for mining equipment with 12 megawatts of capacity that can’t be moved out of the country, said Chief Executive Officer Whit Gibbs. He expects to recover most of the value for the equipment, and will distribute the proceeds to about 2,000 clients that own the gear.

The U.S. Treasury Department this week imposed sanctions on Switzerland-based BitRiver, one of the industry’s largest providers of data center services. Miners have flocked to Russia, in part to take advantage of low-cost power from natural gas and hydropower dams. The U.S. sanctions are the latest wrinkle in the mining industry’s global scramble to find new homes. Many have moved to North America after China forced them out last year.

“I understand the sanctions; in this case the punishment is outsized for American miners,” Gibbs said in an interview Friday. The Austin, Texas-based company operates data centers that host equipment owned by his customers. While recovering most of the value is beneficial, “the real loss is Bitcoin mining” his clients will forgo.

BitRiver CEO Igor Runets has criticized the U.S. sanctions as a move to “change the global balance of power in favor of American companies,” according to an April 20 statement. He said BitRiver never provided services to Russian government institutions or those already targeted by Washington sanctions, and continues to expand its operations in Russia.

The Russian equipment Compass is selling represent about 15% of its current capacity. The company expects operating capacity to grow to 355 megawatts by the end of the year, from about 70 megawatts after getting rid of the equipment in Russia.

Compass has another 10 megawatts of equipment that were expected to be shipped to Russia this year, but they will be rerouted to facilities in North America, notably Texas, Gibbs said. The company’s 11,000 customers typically have one to five machines.

The Texas crypto business is booming after China’s ban. Gibbs estimates that the state may add 3,500 to 5,000 megawatts of capacity within two years, including new equipment at Compass sites.

“The majority of our expansion is going to be in Texas,” Gibbs said.