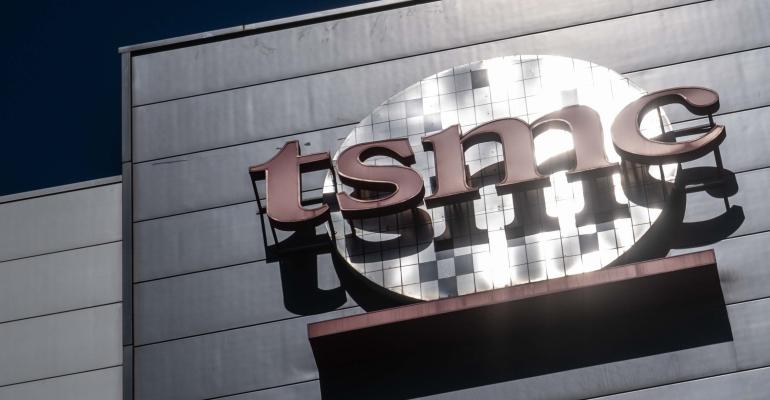 TSMC Suspends Work for Chinese Chip Startup Amid US Curbs

(Bloomberg) -- Taiwan Semiconductor Manufacturing Co. has suspended production of advanced silicon for Chinese startup Biren Technology to ensure compliance with US regulations, according to a person familiar with the matter.

The decision is connected with information in the public domain that Biren’s products outperform Nvidia Corp.’s A100 chips, which are now banned for the Chinese market, the person said, asking not to be identified discussing a sensitive matter. While TSMC has not reached a conclusion on whether Biren’s products meet the US threshold for restrictions, the Taiwanese chipmaker has decided to stop supplies to the Chinese startup for now, the person said.

Biren, one of China’s most promising semiconductor designers, earlier concluded its artificial intelligence chips produced by TSMC are not covered by the latest US export restrictions because the specs of its products don’t meet the criteria for curbs, Bloomberg reported on Friday.

A representative for TSMC said the company complies with all relevant rules, and declined to comment further. No one at Shanghai-based Biren was immediately available to respond to requests for comment outside of regular business hours.

Biren is considered a domestic contender to compete with graphics chips from Nvidia, which has said it can no longer sell its most advanced AI products into China. The US measures were designed to limit China’s development of technology that may be used to aid its military, and appeared to rule out access to advanced fabrication.

The US Commerce Department’s Bureau of Industry and Security, which plays a key role in designing and enforcing export controls, announced the semiconductor restrictions on Oct. 7.

“While BIS cannot comment on company-specific actions, we expect all companies to comply with export controls,” a Commerce Department spokesperson said in an response to an earlier Bloomberg query on TSMC’s business relationship with Biren. “Since the release of the rule on October 7, BIS has been undertaking a vigorous outreach effort to educate those impacted by it to aid compliance efforts.”

TSMC, the world’s largest contract chipmaker, complies with all relevant regulations and “will continue to serve all customers around the world,” Chief Executive Officer C.C. Wei said in response to a question about China during its earnings call earlier this month.

Biren, backed by the likes of IDG Capital and Walden International, was seeking new funds earlier this year at a valuation of $2.7 billion, Bloomberg News reported. Its flagship BR100 and BR104 processors are designed along similar lines to the graphics chips that Nvidia and Advanced Micro Devices Inc. have adapted to AI purposes and are used to train artificial intelligence models and algorithms. Those include computer vision, natural language processing and conversational AI.