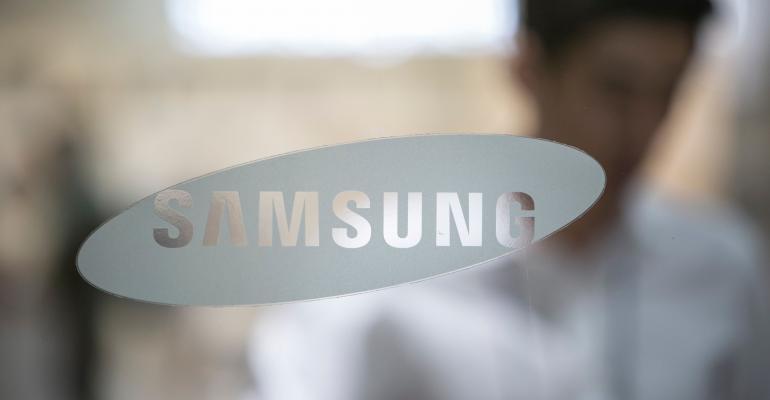 The leading maker of memory chips is considering the addition of 11 semiconductor manufacturing plants in Texas.

(Bloomberg) --Samsung Electronics Co. is floating the idea of a broad expansion of semiconductor manufacturing facilities in Texas, a possibly significant step in bolstering domestic capabilities at a time of rising concern over US vulnerabilities.

The South Korean company, the leading maker of memory chips, laid out potential plans to spend almost $200 billion on 11 plants in a series of filings in the state. Two of the units would be in Austin and nine would be in Taylor, Texas, where Samsung has already unveiled plans to spend $17 billion on an advanced facility.

The company isn’t committed to building the new facilities, and the “hypothetical” proposals could change under various circumstances. The first new production facility would not start operating until around 2034 even if Samsung does proceed. Samsung revealed the plans in part to vie for Texas financial incentives ahead of a program expiration this year.

“We currently do not have specific plans to build at this time, however, the Chapter 313 applications to the State of Texas are part of a long-term planning process of Samsung to evaluate the viability of potentially building additional fabrication plants in the United States,” Samsung said in a statement.

The concentration of chip manufacturing in North Asia has drawn increasing attention from US politicians concerned about supply chain disruptions and China’s growing power. Taiwan Semiconductor Manufacturing Co. and Samsung together dominate the business of making the most advanced chips for customers like Apple Inc.

“These new facilities solidify the Lone Star State as the nation’s leader in the semiconductor industry, and I thank Samsung for increasing their investment in the hardworking people of Central Texas,” Governor Greg Abbott said in a statement.

The US is moving toward a $52 billion federal program to provide grants and incentives to boost the American semiconductor industry. The initiative has gained support after chronic shortages over the past two years left companies like Ford Motor Co. and Apple short of the chips they needed for production.

“This potential investment by Samsung reinforces that America’s industrial strategy is working, and underscores the urgency of Congress passing the CHIPs for America Act now, and getting it to President’s desk,” National Economic Council Director Brian Deese said in a statement. “Passing the CHIPS Act will unlock hundreds of billions of dollars in additional investment in America, creating tens of thousands of jobs here at home, while strengthening our economic and national security.”