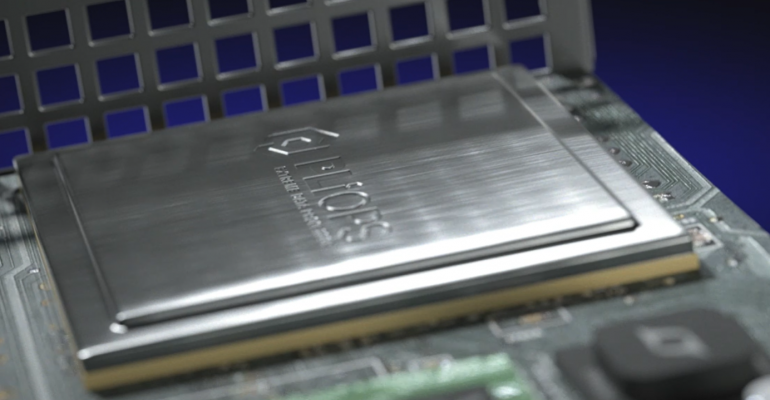 The company recently made its Extreme Data Processor (XDP) PCIe cards, already in use at one hyperscaler’s data centers, available for the enterprise market. Pliops says the storage processor accelerates SSD performance and improve sstorage capacity and reliability.

“We are democratizing this and making this not just available to the largest cloud and web service providers, but to everyone that manages their own data centers,” Pliops president and chief business officer Steve Fingerhut, told DCK.

Pliops is one of numerous companies, new and established, going after the emerging hardware accelerator market. Going beyond the traditional GPU offloading, popular in the supercomputer world, these accelerators offload infrastructure management tasks from the main server CPUs to free them up to do core application processing tasks. Part of the reason this class of hardware has emerged is the recent years’ slowdown in intergenerational x86 CPU performance improvements.

Data processing units (DPUs) or infrastructure processing units (IPUs) from the likes of Intel, Nvidia, and the startup Fungible offload tasks like security, networking, and storage. The Pliops XDP accelerator takes over SSD storage management functions from CPUs and works hand-in-hand with DPUs, Fingerhut said. (Both Intel and Nvidia have invested in Pliops.)

“This is a fit for enterprises with very large SSD deployments, where the value delivered and ROI would be quickly justified,” Unsworth told us. “I do not see this as a fit for small or medium enterprises with modest performance and capacity needs. This is about getting the full TCO of existing SSD deployments at massive scale while improving application responsiveness, but maintaining and improving high availability for mission-critical workloads.”

Founded in 2017, Pliops has raised $115 million in funding to build its server SSD performance technology. Its leaders have deep roots in the SSD market.

By improving SSD performance, the Pliops XDP can improve data-intensive application speeds ten-fold, Fingergut claimed, while its compression technology can increase SSD capacity as much as six-fold, all while lowering the total cost of ownership.

“We want customers who want to do more with their infrastructure, who want to scale faster and handle more users and data, but don’t want to spend more,” he said. “That’s who we are going after.”

The Pliops XDP technology works with all SSDs, Gartner’s Unsworth said, but it’s a particularly good fit for low-cost QLC flash at scale. “For large deployments, the technology can exploit current and next-generation flash technology (QLC) without requiring disruptive system changes,” he said.

The XDP is a hardware-based storage engine that accelerates every application that runs on flash. It works with any SSDs, doesn’t require any special cabling, and can work with locally attached drives, network attached drives, and disaggregated storage, Fingerhut said.

The Pliops XDP server SSD performance accelerator includes data protection technology, which the company calls “Drive Fail Protection.” It provides the same level of protection as Raid 5 at twice the speed of Raid 0, he said.

“If one out of eight drives fails, we will keep everything running – twice as fast as if you had no data protection at all. That’s twice as fast as Raid 0, even during a rebuild process,” Fingerhut said.

Overall, Pliops’ new storage accelerator allows enterprises to tackle several problems they face today: huge data growth, the need to improve data center infrastructure performance, and the fact that general-purpose CPU speeds aren’t increasing as fast as they once were.

“It’s really about storing and accessing your data as fast and as efficiently as possible,” Fingerhut said. “We hear from customers that their data growth is just exploding. We are helping them solve (their) data management and data processing (needs) as well as efficiency and scaling.”