Chinese hardware giant Huawei has joined the Open Compute Project • Huawei’s rival Inspur announced a new line of OCP products aimed at enterprises • Both announcements were made at the first regional OCP summit in Amsterdam this week • Also at the event, AT&T announced it was contributing an edge hardware router blueprint for 5G to the open hardware community

This week, the first regional version of the Open Compute Project summit in Amsterdam saw two big Chinese hardware vendors make a splash and one of America’s biggest telcos bet the success of its edge infrastructure for 5G on the OCP way.

Shenzhen-based Huawei announced it was joining OCP at the $40,000-per-year platinum level, while Inspur, headquartered in Jinan (platinum member since 2016), introduced a line of gear meant to drag traditional enterprise data centers into the hyperscale age.

Actively trying to get itself into the hyperscale age for several years now, AT&T this week contributed an open router spec to the project, hoping to get hardware makers to line up to deliver the boxes to the 60,000 cell-tower locations it figures it will need to support the rollout of 5G services.

Also at the Amsterdam event, local data center provider Switch Datacenters (not to be confused with Las Vegas-based Switch) got together with German rack, power, and cooling equipment maker Rittal and Dutch OCP solutions provider Circle B to announce a showroom for OCP gear they’ve built not far from the Amsterdam Schiphol International Airport.

First, here’s what we mean by “the OCP way.” Pioneered by Facebook, which launched OCP in 2011, it is a different way of buying technology for data centers. Simply put, it prioritizes the needs of the users over the needs of the vendors.

Instead of vendors laying out their own product roadmaps and selling data center operators products that aren’t optimal for their applications and include features they don’t need (making them unnecessarily more expensive), OCP gives big end users – companies like Facebook and Microsoft – a way to release their own unique specifications out in the open, inviting a much wider pool of suppliers to compete for their business.

The list of specs open sourced through OCP now includes everything from servers, storage, and networking switches to racks, electrical, and mechanical systems. A sister organization, called the Telecom Infra Project was launched in 2016 to do the same thing for telecommunications infrastructure.

Huawei was the world’s fifth largest server supplier in the second quarter, when it had 4.3 percent market share, according to IDC. It shared the fifth place on IDC’s chart with Cisco and Inspur. IBM and Lenovo were both in the third place, while Hewlett Packard Enterprise and Dell were second and first, respectively.

Huawei is one of the leading hardware vendors in China, where demand for computing gear is surging faster than anywhere else. The Chinese server market alone grew 70 percent year over year in the second quarter, by IDC’s estimate.

By joining OCP, a vendor gets more opportunities to raise its profile within the increasingly busy community. They get speaking slots at the organization’s events, committee seats, voting rights, options to contribute specs or designs, and, most importantly, the organization’s official recognition of their OCP products.

In a statement, Inspur said the new products were meant to “help drive the transformation of traditional data centers to hyperscale data centers based on open infrastructure.” Hyperscale cloud platforms have been leveraging their size to dictate to the market the kinds of products they need and the costs they will tolerate, and some vendors have been trying to get more traditional enterprises to take a similar approach, at least from the architecture standpoint.

Take-up in the traditional enterprise market has been slow. Analysts at IHS Markit estimated total revenue from OCP-based products in the non-hyperscale enterprise space to have been $1.2 billion in 2017 – less than 1 percent of the $137 billion data center hardware market.

Telecommunications firms will drive the next big wave of OCP hardware deployment, IHS predicted. One of them, AT&T, has been a platinum OCP member since 2015.

This week in Amsterdam, AT&T announced it was contributing to the project a blueprint for a cell site gateway router. Over the next few years, the company is planning to put these boxes at tens of thousands of cell towers as part of the infrastructure that will support its future mobile 5G network. 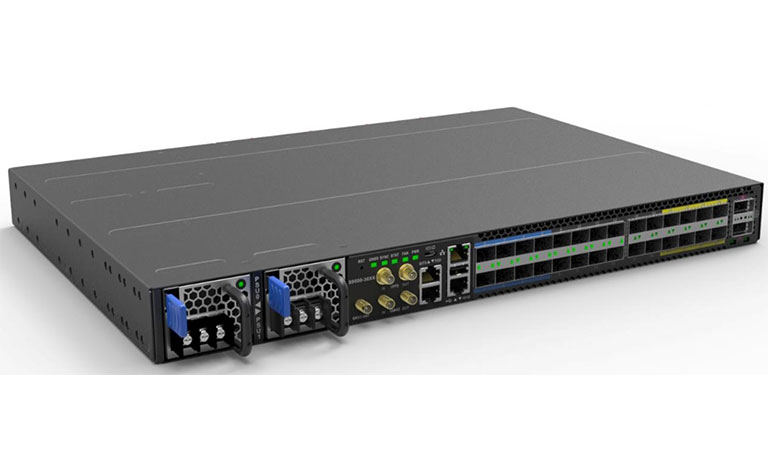 Like most other big telcos, AT&T is racing to roll out the new wireless communications technology, promising ultra-fast connectivity for everything from smartphones, tablets, self-driving cars, drones, augmented and virtual reality systems, and Internet of Things devices.

Even without autonomous vehicles and other next-gen tech, wireless networks are strained. “Data traffic on our wireless network has grown 360,000 percent since 2007,” Chris Rice, AT&T’s senior VP for network cloud and infrastructure, said in a statement. “The old hardware model simply can’t keep up, and we need to get faster and more efficient.”

The company believes the “white box” approach it’s taking with its edge router is the solution to that problem. AT&T said it expects several design manufacturers to submit detailed designs compliant with the spec at the next OCP meeting.

The slow take-up of OCP in the enterprise mentioned above is what Rittal, Circle B, and Switch are aiming to address with the new European OCP Experience Center, located in one of Switch’s three data centers in Amsterdam. 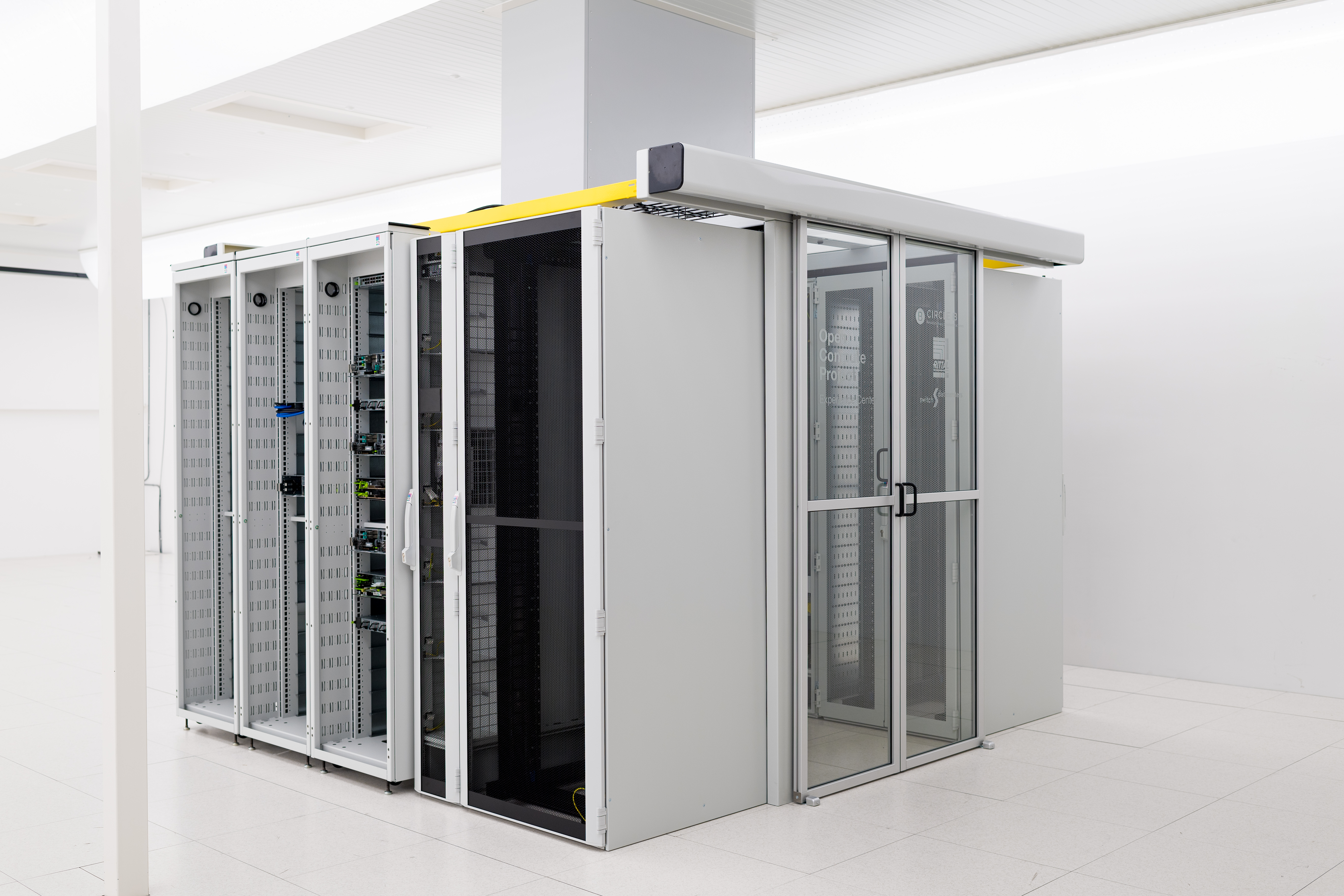 Inside the European OCP Experience Center in Amsterdam by Switch Datacenters, Rittal, and Circle B

As the three vendors explained in their announcement, the center is meant to demonstrate to IT and data center managers how OCP designs may impact them. They can also use the facility to test OCP-based solutions.

Switch also said it’s now building its next Amsterdam data center, whose design is “based on OCP principles.”