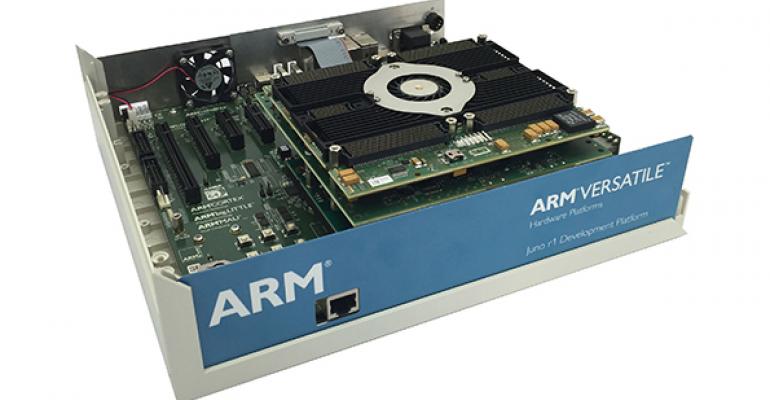 The government published the CMA’s Phase 1 report, which recommends a Phase 2 investigation after finding the transaction “may result in a substantial lessening of competition across four key markets.”

Data centers, IoT, automotive and gaming were the areas of concern flagged, with a final report to be delivered by the country’s digital secretary in 24 weeks, with an additional eight-week extension also on the table.

The Phase 2 investigation will cover both competition and nation security grounds.

The Santa Clara-based firm is looking to acquire Arm for around $54 billion, with the pair already planning on establishing an AI laboratory at the Arm headquarters in Cambridge, seen as part of the takeover strategy.

Arm-based CPUs are also set to be certified to run Nvidia’s AI Enterprise software in 12 months.

But ever since its announcement last September, Nvidia’s Arm deal has lurched from one regulatory issue to the next.

Its UK troubles began when the previous secretary of state for digital, culture, media and sport issued a public interest intervention notice regarding the acquisition.

The CMA said earlier this year that the purchase risks suffocating innovation and harming competitors, following “a substantial number” of complaints from rivals.

At the same time, the government carried out an investigation on national security grounds.

Away from the UK, American regulators have raised another potential roadblock.

Nvidia said during its quarterly earnings that the Federal Trade Commission “expressed concerns” over the deal, but that it was in active discussions with the agency.

The chip company said it still believed “in the merits and benefits of the acquisition to Arm, its licensees and the industry”.

Starting to see a pattern here

Aside from U.S. and UK concerns, regulators from the European Union took issue during the summer over whether Nvidia would keep its word in allowing rival firms to have fair access to Arm’s designs once the deal is done.

Another stumbling block came in the form of an attempted coup by the leader of Arm’s Chinese division.

Arm China CEO Allen Wu attempted to reposition the company as a separate entity called Alphatecture, and offered existing customers discounts if they would invest in the new firm.

The board then voted in favor of ousting him, only for Wu to cling to power as he owns the company seal, the tangible representative and legal evidence of the company's activities abroad.

The CEO held full power as the legal controlling partner of Arm China, hiring his own security detail to prevent Arm employees from entering the premises, firing all dissenters.

Arm said it “continues to have a successful working relationship with the Arm China team in support of their growth, and both the structure and ownership of the JV remains unchanged since its inception in 2018.”