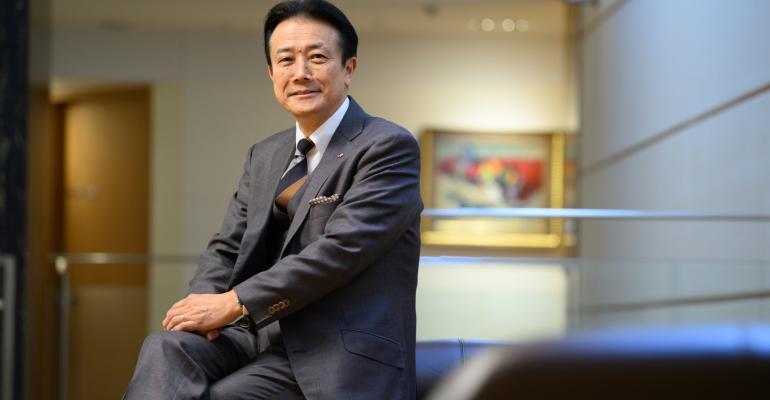 An essential element in the fabrication of high performance semiconductor chips gets a boost in production from Ajinomoto Co., a Japanese company that makes Ajinomoto Build-Up Film (ABF).

“It’s possible that we add a little more investment,” Fujie said in an interview. “We’ll decide as we watch the market trend.”

The Tokyo-based company produces Ajinomoto Build-Up Film, commonly known as ABF, which is an essential insulating material used in the fabrication of high-performance semiconductors. ABF has been one of the key chipmaking ingredients that have proven scarce since the start of the pandemic, hampering chipmakers’ ability to fulfill increased orders from automakers, graphics card designers and data center operators.

Ajinomoto, better known for its wide-ranging food business, forecasts ABF shipments will grow 18% every year through March 2026, Fujie said. That growth will remain in double digits through 2030, he added. The global market for ABF will likely grow to $6.5 billion by 2028, according to July estimates by researchers at Absolute Reports.

Shares of Ajinomoto jumped as much as 3.9% Thursday in their biggest intraday jump in three months and setting a new high.

The stock has risen more than 20% this year, pushed up by sales from the film business, while the Topix benchmark has been down most of the year. The share price has more than doubled since the start of 2020.

In contrast to the strong sales of electronic materials, Ajinomoto’s frozen food operation, which accounts for about 20% of revenue, reported a loss of 300 million yen for the six months ended September.

Some shareholders have said the company should sell off the frozen food business and concentrate on growth areas like its electronic materials. Ajinomoto has no intention to sell, Fujie said.

Instead, the company plans to shift focus to profitable items such as gyoza and raise prices in North America, he said. Fujie expects overseas gyoza sales to exceed those at home in Japan and sees the product as a near-future growth driver. Ajinomoto bought US frozen food maker Windsor Foods for $800 million in 2014.

Ajinomoto’s CEO, who took over the role in April, brought in two outsiders to join its top management meetings to help better communicate with stakeholders and investors.

“Society and consumers’ way of thinking evolves,” said Fujie. “The feedback can be tough to accept. But we need to understand each other if we want to do better.”