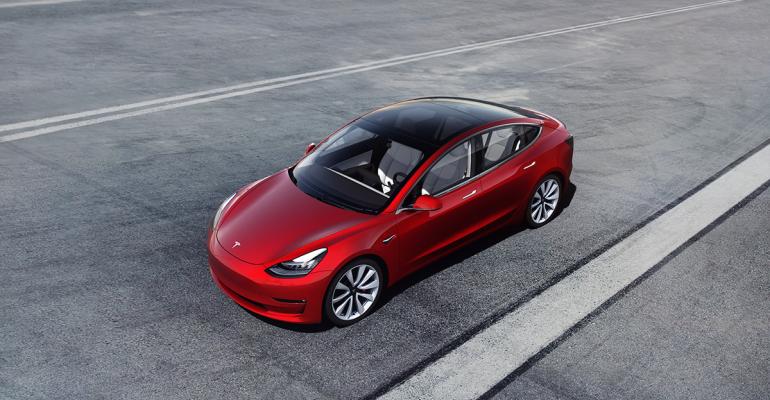 Says the chip, manufactured by Samsung, is better "by a huge margin" and will be in all new Tesla cars.

Dana Hull and Tom Randall (Bloomberg) -- Tesla Inc. has started producing vehicles that use a self-driving computer designed in-house and has transitioned away from chips supplied by Nvidia Corp., with Chief Executive Officer Elon Musk offering a big boast to explain why.

“At first it seems improbable -- how could it be that Tesla, who has never designed a chip before -- would design the best chip in the world?” Musk said Monday at an investor day focused on autonomous driving. “But that is objectively what has occurred. Not best by a small margin, best by a huge margin. It’s in the cars right now.”

Musk, 47, told investors at Tesla’s headquarters in Palo Alto, California, that they’ll get to drive the company’s vehicles later in the afternoon and see for themselves. Samsung Electronics Co. will manufacture the chips in Austin, Texas, he said.

Tesla shares pared some of their decline after Musk’s remarks, but were still down 3.4 percent as of 3:40 p.m. in New York. Nvidia was up 1.2 percent.