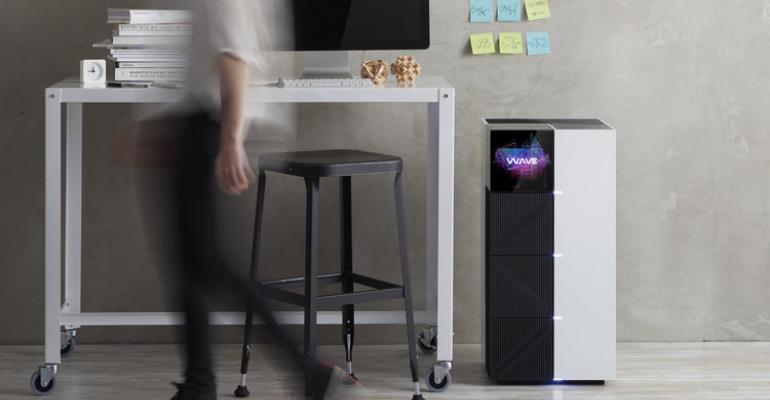 The open source silicon space has suddenly become more crowded. Shortly before Christmas, Silicon Valley AI startup Wave Computing, which is developing hardware for running deep learning applications in data centers and offices, announced plans to open source its MIPS instruction set architecture, or ISA, under what it's calling the "MIPS Open" program. When the process is completed in the first quarter, participants will have full access, with no licensing fees or royalties, to the most recent versions of the 32-bit and 64-bit MIPS ISA, along with licensing for MIPS’s "hundreds of existing worldwide patents."

According to Wave, open sourcing the design will open the door for semiconductor companies, developers, and universities to adopt and innovate using MIPS for next-generation system-on-chip (SoC) designs.

Related: Is Open Source RISC-V Ready to Take on Intel, AMD, and ARM in the Data Center?

"Having spent years in the open source technology movement, I can attest to the hunger for community-driven solutions," Art Swift, president of Wave’s MIPS IP business, said in a statement. "However, until now, there has been a lack of open source access to true industry-standard, patent-protected, and silicon-proven RISC architectures."

Swift is no newcomer to open source silicon. Before joining Wave in December, he spent ten months as vice chair of the marketing committee at the RISC-V Foundation. The non-profit consortium oversees the RISC-V ISA, which has been open source since its introduction in 2010. Like MIPS, RISC-V is vying for traction in embedded markets that have traditionally been dominated by Arm chips.

Old Tech Making a Comeback as a Counterweight to Arm

MIPS (or Microprocessor Without Interlocked Pipelined Stages) has been around since 1985. Silicon Graphics used MIPS processors to build what is regarded as the first multi-processor server. They formed the base for many supercomputers in the 1990s and powered many classic video game consoles, including Nintendo 64, Sony PlayStation, PlayStation 2, and PlayStation Portable.

More recently, the design has been transitioning from the high performance CPU sphere to smaller, power-efficient processors for embedded systems, such as residential gateways, routers, and IoT devices -- a market that until recently has been pretty much wholly owned by Arm.

Although the technology's use has declined in recent years, Swift said that since 2000, 8.5 billion MIPS-based chips have been shipped. Companies that continue to use the technology include Microchip Technology; Mobileye, an Israel-based Intel subsidiary that develops vision-based driver assistance systems; Taiwanese chipmaker MediaTek; and Denso, the Japanese auto parts maker that grew out of Toyota.

Wave acquired MIPS Technologies for an undisclosed amount back in June, and the processors play a central role in its AI platform, which is expected to begin alpha testing this summer. The platform will be offered to large data centers as an alternative to the GPU-accelerated solutions that have been fueling a lot of growth for Nvidia.

"The MIPS Open initiative is a key part of Wave’s ‘AI for All’ vision," Lee Flanagin, Wave’s SVP and chief business officer, said in a statement. "The MIPS-based solutions developed under MIPS Open will complement our existing and future MIPS IP cores that Wave will continue to create and license globally as part of our overall portfolio of systems, solutions, and IP. This will ensure current and new MIPS customers will have a broad array of solutions from which to choose for their SoC designs, and will also have access to a vibrant MIPS development community and ecosystem."

Like MIPS, RISC-V is vying for traction in embedded markets that have traditionally been dominated by Arm chips. While the younger ISA is also capable of scaling from small embedded devices to supercomputers, unlike MIPS, it hasn't yet seen development or testing for complex use cases, such as in data center-bound servers.

That hasn't kept it from getting a lot of media attention, which began in earnest about a year ago, when the RISC-V focused startup SiFive handily announced a rather expensive RISC-V-based "developers' board," priced at nearly $1,000. This immediately spurred several major Linux distributions to port their operating systems to run on the architecture. Soon after that, Western Digital became an investor in the company and announced it was moving exclusively to the RISC-V architecture and would be producing at least a billion RISC-V chips annually.

Both MIPS and RISC-V offer an attractive alternative to Arm-based chips for companies looking to shorten time-to-market and shrink the cost for developing and manufacturing CPUs. Traditionally, Arm has charged both a licensing fee, starting at about $1 million, and royalties to be paid on each chip manufactured. In addition, bringing an Arm product to market is a tedious process that generally takes from three to four years.

There's little doubt that Arm has been feeling the pressure from RISC-V, which will only grow now that MIPS has been tossed into the open source ring.

There have been recent indications of Arm becoming more flexible on pricing, perhaps in response to competition from RISC-V, and last year the company came under fire when it briefly published a website, riscv-basics.com, that offered developers "five things to consider before designing a system-on-chip," all of which pointed to Arm chips as the superior choice. This included return-on-investment claims that even after paying license and royalty fees, Arm was a cheaper choice than RISC-V silicon. Once the backlash started, Arm took the site down, quickly and without comment.