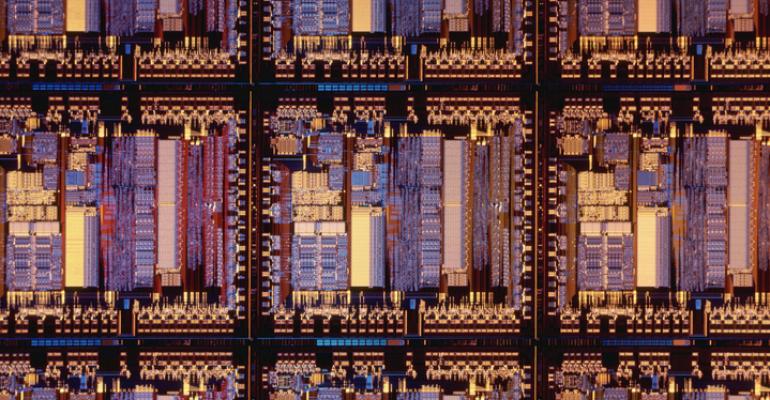 The move suggests that Microsoft is accelerating a push to create homegrown chips for its servers.

(Bloomberg) -- Microsoft Corp. lured away a veteran semiconductor designer from Apple Inc. as it looks to expand its own server-chips efforts, according to people with knowledge of the matter.

Mike Filippo will work on processors within Microsoft’s Azure group, run by Rani Borkar, said the people, who asked not to be identified because the move hasn’t been announced. A Microsoft spokesman confirmed the hire of Filippo, who also has worked at Arm Ltd. and Intel Corp.

The move suggests that Microsoft is accelerating a push to create homegrown chips for its servers, which power Azure cloud-computing services. The focus on custom chips follows similar efforts by Alphabet Inc.’s Google and Amazon.com Inc., Microsoft’s biggest cloud rivals.

The shift threatens to undercut Microsoft’s longtime processor partners, Intel and Advanced Micro Devices Inc., which currently supply chips for Azure servers. Intel fell as much as 2% on the news Wednesday, while AMD dropped 1.1%.

For Apple, Filippo’s exit marks another loss of a high-profile engineer. He joined Apple in 2019 as a chip architect after serving as a top designer of semiconductors at Arm for a decade. He was at Intel for about five years before that. Filippo is credited with advancing the capabilities of Arm’s underlying technologies in phones and other devices.

Bloomberg reported in 2020 that the company was working on custom chips for its servers and, possibly, Surface devices. The Surface lineup, which includes personal computers and tablets, runs chips from Intel, Qualcomm Inc. and other providers. If Microsoft does eventually use custom silicon in those devices, it would mimic an approach embraced by Apple in recent years. Meta Platforms Inc., formerly Facebook, also is working on its own semiconductors.

In October, Microsoft advertised a job opening for the development of a system on a chip, or SoC, another sign the company is getting more aggressive in this area. The responsibilities include managing a “technical team to drive the architecture to deliver the product,” according to the posting.

In 2019, Microsoft launched the Surface Pro X, which used an Arm processor and a version of Windows designed for those chips. The product was mostly deemed a failure, but Microsoft has improved its Arm-based offerings in recent years and has co-designed a chip with Qualcomm.

The global chip shortage has given tech giants more incentive to develop their own components, but companies like Apple were already far along in the process. In October, Apple announced its first professional-grade custom Mac chips -- part of a yearslong push to replace Intel processors.

Intel, meanwhile, is scrambling to regain its edge in processors. The company recently hired another Apple chip executive, Jeff Wilcox, to oversee its design engineering.