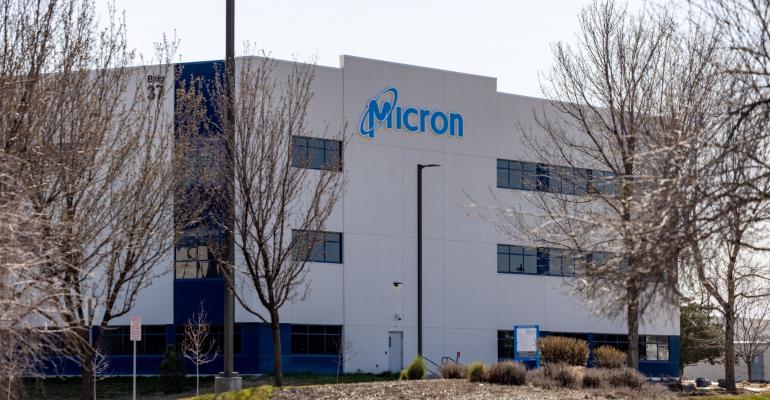 Companies like Micron are rushing to file applications before the tax-break program, known as Chapter 313, expires at the end of this year.

(Bloomberg) -- Micron Technology Inc. is considering a plan to spend as much as $160 billion on a new semiconductor factory in central Texas.

The company filed applications with the state comptroller’s office to lock down property-tax breaks in exchange for a potential new facility near Lockhart, an exurb about 30 miles (48 kilometers) south of Austin. It would be built in eight phases with construction beginning in January 2023, according to the application.

There’s no guarantee that Micron will make an investment of that magnitude, and a company spokeswoman declined to comment on the potential spending. But companies like Micron are rushing to file applications before the tax-break program, known as Chapter 313, expires at the end of this year. That way they’ll have the incentives if they do decide to go through with the plans.

“We have not made any final decisions regarding the location, timing or scope of any expansion,” Moira Whalen, a spokeswoman for Micron, said in an email. “Filing these applications now allows us to preserve options for potential future expansion needed to meet long-term memory demand.”

Texas has seen a record number of applications under Chapter 313 this year. Another chipmaker, Samsung Electronics Co. filed multiple applications for potential plants in Austin and Taylor, Texas, although the company said there weren’t specific plans to build at this time.

In its application, Micron noted that Texas’s high property taxes are a disincentive for developers and that the tax break would be a determining factor in its decision to locate the facility within the state.

“Thus, in the absence of a Chapter 313 value limitation agreement, the economic rate of return on this project would be greater in locations outside the state of Texas,” the application read.

Last year, Micron announced it would spend $150 billion over the next decade on plants and research and development.