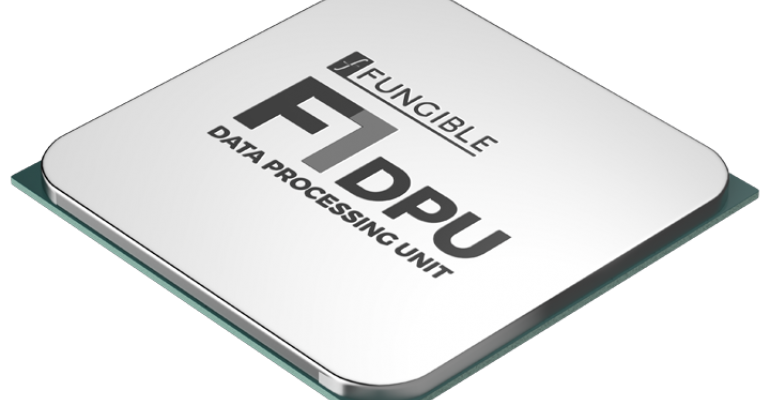 Fungible has introduced a new type of processor that speeds data centric computations and allows organizations to operate their data centers more efficiently and cost-effectively.

This week, the five-year-old startup introduced its Fungible Data Processing Unit (or DPU), a new category of accelerator processor that sits between the network and servers.

Fungible founder and CEO Pradeep Sindhu told Data Center Knowledge that the DPU takes over data processing tasks, such as storage, security, and networking, allowing the CPU to focus on application processing.

"Our goal is to revolutionize the performance, reliability and security of all scale-out data centers," he said.

Fungible says that with its proprietary TrueFabric networking technology, the new processors enable data center operators to disaggregate their data center resources and turn them into pools of compute and storage. The DPUs include a full suite of software that allows the processors to be used out of the box, including data-path stacks, host drivers, and agents for x86.

Fungible’s DPUs join a category of accelerator processors such as GPUs, FGPAs, and ASICs, that improve performance by augmenting general-purpose CPUs.

These products address the problem of CPU and network bottlenecks that can affect performance under data-intensive workloads, such as analytics and artificial intelligence. According to Fungible, its DPUs execute data-centric computations 10 times faster than CPUs and allow data center operators to lower total cost of ownership by three times, largely because by deploying DPUs, data center operators no longer have to overprovision compute resources.

Ashish Nadkarni, VP of infrastructure systems, platforms and technologies at market researcher IDC, told DCK that Fungible’s DPU is a function-specific accelerator that accelerates and optimizes storage workloads. Amazon Web Services has a similar technology, a custom processor called Nitro, that it uses exclusively in its own data centers. Other startups in the storage accelerator space include Nebulon and Pensando Systems.

"They are trying to tackle a problem that gets introduced when you try to do storage at scale. You can’t do it with general-purpose CPUs," he said. "As these startups start to introduce their hardware-based designs, you can start to imagine that people who want a Nitro-like experience can do so on their own terms."

The startups are challenging the status quo to improve data center operations, he added.

"We’ve grown accustomed to thinking the only game in town is x86, and it needs to run in a 'good enough' fashion," he said. "What these companies are doing is challenging that notion. They are saying, 'you don’t need to have everything running on a CPU, we can offload the functions.'"

"If you offload a portion of your data services, which is what Fungible is doing, then you can make sure data services are secured from any hostile attempts on the CPU," Nadkarni said. "The DPU can be an additional layer to prevent data corruption or a hostile injection of malicious code in the data center."

While Fungible, Nebulon and Pensando solve similar problems, they are not necessarily competing against each other.

"They are all just getting out of the gate with their own unique intellectual property," Nadkarni said. "Whether they compete in the same market or go after different company types is yet to be seen. From a tech perspective, we may put them in the same market, but they may have different demographics they are targeting."

A company spokesperson told us that Fungible is targeting cloud providers and operators of large data centers facilities.