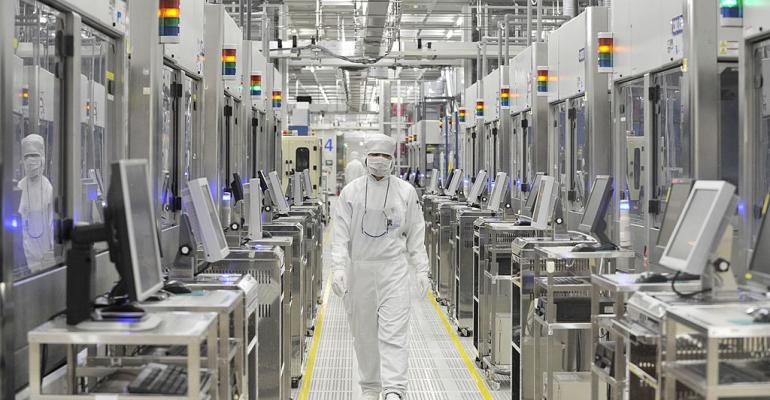 SemiFive offers system-on-a-chip design solutions that can help companies cut development costs and time in half.

(Bloomberg) -- One startup aims to become the go-to provider of chip design solutions for companies as more tech firms like Apple Inc. start to develop their own custom processors for PCs and servers to challenge industry mainstay Intel Corp.

Following the round, SiFive holds a stake of about 20% in the startup. Cho, who spent five years leading semiconductor-related projects at Boston Consulting Group in Seoul after earning a PhD in computer engineering at Massachusetts Institute of Technology, and a group of fellow founders have more than 10%.

“If chip clients bring 30% of the ideas needed for custom chip designs, we, as a platform provider, can offer 70-80% of modules, like what Android is offering for software developers,” Cho said. “Big tech companies like Tesla, Apple, and Meta are strengthening their own chip capabilities and there’s an urgency that the current fabless value chain may not be sustainable. I think chip design houses will collapse and the fundamentals of the fabless industry will change.”

SemiFive has integrated chip architectures for edge servers, high performance computing (HPC) and Internet of Things (IoT) products and aims to expand its portfolio to autos and microcontrollers. It’s currently working on eight projects from Korean companies including artificial intelligence chip startup FuriosaAI and Rebellions. The chips under SemiFive’s projects will be produced by Samsung Electronics Co.’s foundry fab.

The Korean chip startup, which runs global operations in India and Vietnam, aims to draw clients in the U.S. and China this year, though the pandemic is making it more challenging to break into new markets, Cho said.

“We will pursue one more funding round at the end of this year if we need another acquisition,” Cho said. “If not, we’d skip another funding round and go for pre-IPO in 2023. Our target is to list shares as early as in 2024, hopefully in the U.S.”