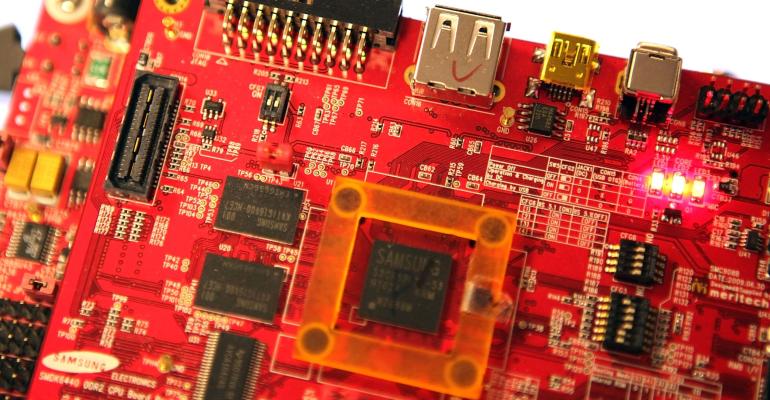 Data Center Chipmakers Get Positive Ratings from the Street

The Philadelphia Semiconductor Index gained as much as 3% on Monday, extending its climb to more than 30% from a two-year low in mid-October. That well surpasses the roughly 10% increase for the tech-heavy Nasdaq 100 Index in the same period.

“We are more positive on companies with data center, PC and Handset exposures,” Barclays analyst Blayne Curtis wrote in a note. The re-opening in China will be “a big theme for 2023,” starting to benefit the chip industry in the second half of the year, he said. AMD, Qualcomm and Seagate were raised to overweight.

William Stein Truist Securities agrees. Stein upgraded his view on the semiconductor sector, saying he expects a more than a 100% upside for the sector over two years.

Chip firms like AMD and Nvidia Corp. are also expected to benefit from investments by Meta Platforms Inc., which is pouring billions of dollars into building a version of the metaverse — an immersive virtual world. Nvidia is also Wall Street’s top pick to benefit from the ChatGPT frenzy as it dominates the market for graphics chips designed for complex computing tasks needed to power AI applications.

To be sure, there still may be more pain for some in the sector over the near term. Curtis doesn’t see any upside for analog chips and says that a correction in chipmakers for industrials and automakers is just starting now.