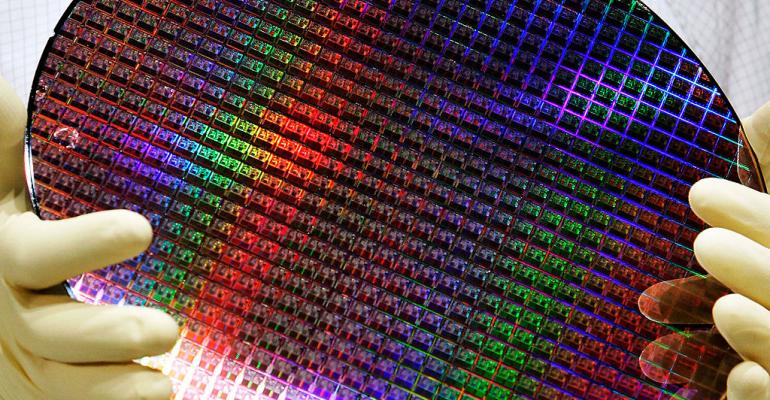 Buying Xilinx, a maker of programmable silicon, will take AMD into areas such as automotive and communications networking, while bolstering its offerings in the lucrative market for cloud data center components.

(Bloomberg) -- Chinese regulators have granted approval for Advanced Micro Devices Inc. to buy Xilinx Inc., clearing the way for one of the largest deals to emerge from the global semiconductor industry.

The State Administration for Market Regulation has cleared the deal with certain conditions, the antitrust watchdog said in a statement. It asked AMD not to discriminate against Chinese clients and to continue supplying Xilinx’s products to the country, after determining the deal could exclude or limit competition. The acquisition had already won the blessing of regulators in the U.S., Europe, and U.K., among other jurisdictions.

Xilinx’s shares gained more than 6% in pre-market trading in New York, while AMD rose slightly. The U.S. chipmaker, which competes with Intel Corp. and Nvidia Corp. in computer and graphics processors, unveiled the deal in 2020. Chief Executive Officer Lisa Su’s signature deal was intended at the time to help AMD re-double efforts to challenge Intel for the lead in chips.

Buying Xilinx, a maker of programmable silicon, will take AMD into areas such as automotive and communications networking, while bolstering its offerings in the lucrative market for cloud data center components.

The approval could help assuage fears that governments including China are growing resistant to mega-mergers in semiconductors as shortages of the vital components persist.

Nvidia Corp. is preparing to abandon its purchase of British chip company Arm Ltd. from SoftBank Group Corp. after drawing backlash from regulators and making little to no progress in winning approval for the $40 billion deal, Bloomberg News reported this week. During the process, Nvidia’s bid faced a national security review in the U.K.

Nations including the U.S., Japan and China are racing to protect and build their own chip technologies and a domestic production chain, to ensure future supply and shield their economies from another semiconductor crunch. Growing tensions have also spurred Washington and Beijing to blocking some chip deals, out of fear their geopolitical rival could gain a technological edge. In 2018, Qualcomm Inc. scrapped its $44 billion bid for rival chipmaker NXP Semiconductors NV after Chinese regulators failed to give their blessing.

Even minor deals are getting scrutinized. China’s Wise Road Capital terminated its $1.4 billion offer for South Korean chipmaker Magnachip Semiconductor Corp. in 2021 after failing to win approval from the Committee on Foreign Investment in the United States.