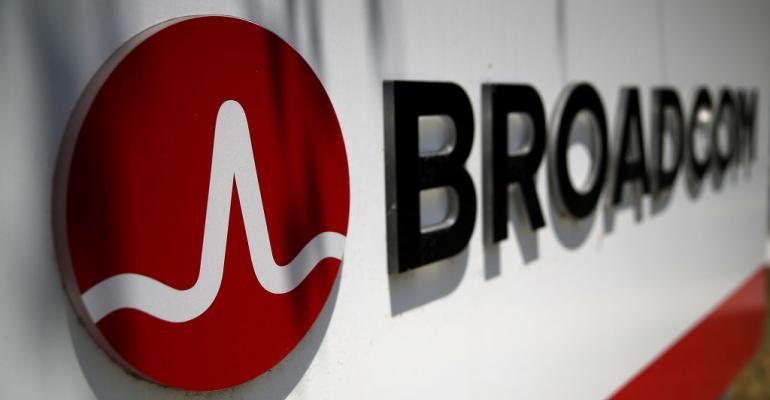 Unlike some of his peers in the $550 billion chip industry, CEO Hock Tan doesn’t think the current level of growth is sustainable.

Data center owners and telecommunications service providers are investing heavily in new technology, he said after releasing quarterly results. Broadcom said sales will grow faster in the current quarter than analysts have projected, helping send the shares up as much as 4.8% in late trading.

But unlike some of his peers in the $550 billion chip industry, Tan doesn’t think the current level of growth is sustainable. Demand for Broadcom’s electronic components was up about 20% last year and is on course for a similar increase in 2022, but eventually the industry will decelerate to historical rates of about 5%, he said.

“If anyone tells you otherwise, don’t believe it, because it has never happened,” he said on a conference call. He said those asserting that the semiconductor industry can grow at the current rate for an extended period are “dreaming.”

Plenty of other executives are willing to believe in that brighter future. CEOs such as Intel Corp.’s Pat Gelsinger have cited predictions that the industry will double over the next decade, fueled by chips spreading into a broader range of products.

Industry sales surged 26% in 2021, fueling a debate as to whether the spike in demand was just a precursor to a downturn. Investors have grown more pessimistic, punishing chip stocks this year. Broadcom has fallen 13% in 2022 through Thursday’s close, in line with the Philadelphia Stock Exchange Semiconductor Index.

Against that backdrop, Broadcom’s forecast was a pleasant surprise for investors. The company said revenue in the fiscal second quarter will be about $7.9 billion, handily beating the average analyst estimate of $7.41 billion.

Broadcom’s products are essential parts in a wide range of technology, and its customer list includes many of the world’s largest companies. That makes its projections a bellwether for the chip industry and the broader economy.

Some of the biggest spenders on technology -- so-called hyperscalers, such as Alphabet Inc.’s Google -- use Broadcom’s networking chips in their data centers. Apple Inc. also relies on Broadcom chips in the iPhone to connect to Wi-Fi networks and peripheral devices.

Chipmakers have benefited from surging demand, but also have had to navigate supply-chain problems and shortages, which have held back production of everything from smartphones to vehicles. Tan has said that the company has as many orders as it can fill for the rest of this year and into part of 2023.

Tan has been more outspoken and proactive than some peers in addressing shortages. He told customers he needed orders well in advance of normal to guarantee supply. Tan also instituted a noncancellation policy and has deliberately not taken some business when Broadcom deemed that device makers were asking for more than they needed.

He’s cited those policies and a lack of inventory as evidence that the chip industry isn’t about to suffer a supply glut. Tan reiterated his belief that there is no buildup of inventory. The company is shipping chips that immediately go into products that are sold -- not stored in warehouses.