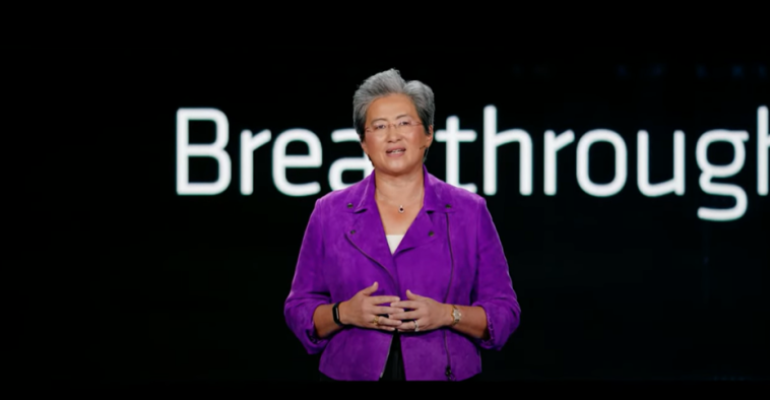 AMD announced plans for the launch of the MI300, the first data center chip to combine GPU and CPU. Here’s what that means for enterprises.

Advanced Micro Devices (AMD) today announced the release date for its Instinct MI300 processor, which is the first chip to combine GPU and CPU processing in one data center semiconductor, at CES 2023.

The news comes in the midst of tenuous times for the target audience for the MI300. Firms focused on high performance computing (HPC) and artificial intelligence (AI) such as cloud service providers and hyperscale data center operators are facing restructuring, data center build pauses, pressures to reduce carbon footprints, and community resistance to building data centers.

While the MI300 doesn’t address all of those issues, AMD designed it to have an impact on two: operational efficiency (lowering both OpEx and CapEx) and using less power for more processing strength.

In essence, the MI300 gives environmental benefits while taking up less space and putting out more power. No other chip, including Intel’s Ponte Vecchio, can boast combined GPU and CPU power the MI300 offers.

Applications of MI300 in Data Centers

The MI300 isn’t for enterprise data centers, unless they’re running supercomputers or AI training workloads. Where we see the MI300 making an impact is with CSPs and hyperscalers that process exabytes of data.

Since the MI300’s design boasts more power in less space, CSPs could save big on hardware costs. With its conservative energy usage, new chip helps CSPs and hyperscale companies meet their sustainability objectives.

“I think the new product looks solid, not necessarily revolutionary, but just a big advance in a long series of advances,” says Goldberg. “AMD entered the year poised to gain more share in the data center and today’s announcement shows how they are going to achieve that.”

In terms of technical specifications, the chip has analysts excited.

“Today’s announcement shows that AMD continues to execute incredibly well,” says Jay Goldberg, corporate strategy principal, D2D Advisory, Inc. “Lisa Su deserves a lot more credit than she gets for the remarkable turnaround in AMD's ability to execute to plan and on time.”

Goldberg’s ‘on time’ comment may allude to Intel’s infamous re-scheduling of major/highly anticipated releases of chip updates such as Meteor Lake and Sapphire Rapids. Intel has a lot more to manage as they have taken fabrication in-house while AMD focuses on design and outsources manufacturing to TSMC.

AMD’s design-only approach is a strategy that seems to be reaping results as AMD continues to set industry standards and then deliver on them.

“AMD seems to be on schedule to launch the MI300 in H2 2023, as the vendor already has pre-production units now,” said Sukumaran.

The Advent of APU

While the concept of combining GPU and CPU on one chip isn’t new to the industry overall, combining them on an HPC chip is new. This provides another crowning achievement for the chip maker since AMD pioneered the processor combination back in 2011. The launch of the MI300 shows AMD continues to push the boundaries of what it terms Accelerated Processing Unit (APU) design and execution. 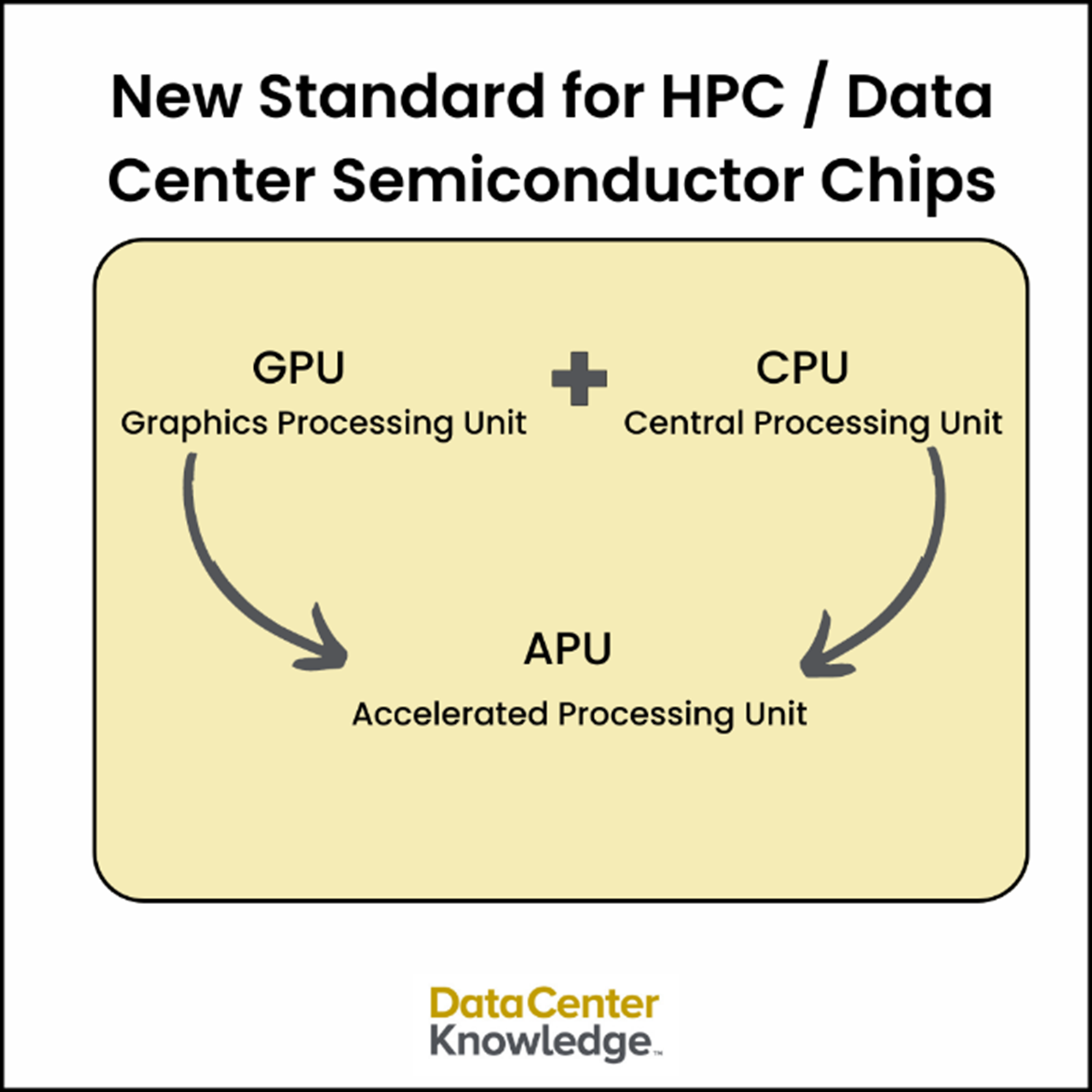