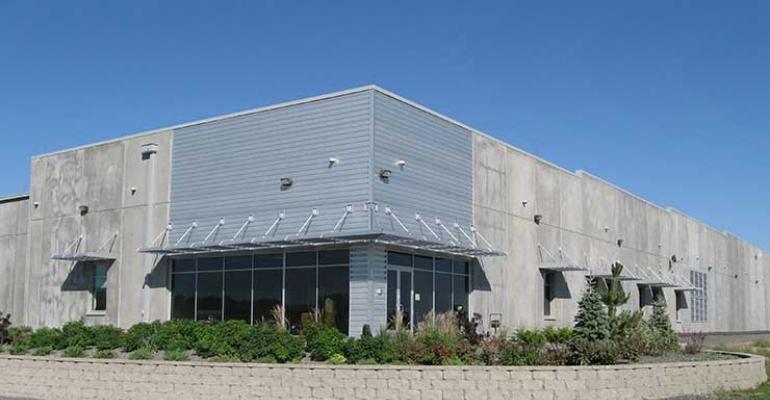 Intuit has sold its Quincy, Washington, data center to H5 Data Centers • The software maker behind TurboTax and QuickBooks has moved most of its core applications to Amazon Web Services • Intuit, which will keep a lot of computing infrastructure in the facility, expects to lose up to $80 million as a result of the sale • H5 is already marketing the massive data center campus to other wholesale tenants

H5 Data Centers has expanded its footprint in the Pacific Northwest with acquisition of a large data center from Intuit, the Silicon Valley company known for its popular business and financial software products, such as QuickBooks and TurboTax.

Recently, Intuit has been moving much of its infrastructure to Amazon Web Services, and the sale of the 240,000-square foot facility in Quincy, Washington, is one of the final steps in that process.

While getting the massive real estate asset off its books, Intuit is leaving a significant amount of computing capacity in the facility. Under a freshly signed agreement, the software company is “leasing back several megawatts” at the site from H5, Jenna Baker, the data center provider’s director of marketing, told Data Center Knowledge.

When enterprises migrate to the cloud, they often leave some computing infrastructure in their own or leased data centers, either because they have legacy applications that can’t be refactored for cloud, or because regulations require that they keep some customer data under their control.

The two companies’ announcements did not say how much H5 agreed to pay for the property, and Baker declined to disclose the number. But Intuit made the deal at a loss.

It expects the sale to result in an operating loss of $75 to $80 million, Intuit said in a statement. Real estate market analyst and DCK contributor Bill Stoller said the most likely explanation for the loss would be that Intuit had carried the asset on its books at up to $80 million over the sale price.

“This is one reason that more legacy data center sales have not occurred,” Stoller said. “Management doesn’t want to book a large loss on a huge asset.”

While enterprise data center sale or sale-leaseback deals have picked up in recent years, as more companies move infrastructure to the cloud or into colocation facilities, some of them continue holding on to the physical assets, whose value continues depreciating. “Of course, the longer companies wait, the worse it gets,” Stoller added.

Two Intuit spokespeople did not respond to a request to elaborate on the expected loss.

As is often the case, companies consider many factors besides the immediate cost of their physical data center assets when they decide to move to the cloud. In Intuit’s case, the big benefits AWS provides is elasticity of computing capacity and its developer-friendliness.

“We chose to move to Amazon Web Services (AWS) to accelerate developer productivity and innovation for our customers, and to accommodate spikes in customer usage through the tax season,” H. Tayloe Stansbury, Intuit’s executive VP and CTO, said in a statement. “Our TurboTax Online customers were served entirely from AWS during the latter part of this tax season, and we expect to finish transitioning QuickBooks Online this year.”

Most of Intuit’s core applications are now in AWS, and “the time is right to transition the ownership and operation of this data center to a team who will expertly manage the infrastructure through the remainder of this transition.”

H5 said the data center was “move-in ready” for tenants other than Intuit.

Not all data center capacity the site is able to accommodate has been built out. The campus can provide more than 40MW at full build-out, H5 said.

This is H5’s second location in the region. The wholesale data center provider also has a 300,000-square foot facility in downtown, Seattle. Including Quincy, the company now has 12 locations around the US.

Quincy is primarily a wholesale data center market, home to a massive cluster of Microsoft data centers, as well as computing facilities by Yahoo (which now operates under Verizon’s media brand Oath) and Dell, among others.

Other data center providers in Quincy are Silicon Valley-based Vantage Data Centers and Seattle-based Sabey Data Centers. Dallas-based CyrusOne acquired a large parcel of land in Quincy in 2016, but has yet to build anything on it, waiting until it closes a tenant for the site before it invests in construction.

“We have like 50 acres in Quincy,” CyrusOne CEO Gary Wojtaszek said on an earnings call this May. The company’s been talking to customers about taking the Quincy site and another site in Atlanta down, “but we’re not looking at standing anything up until we get a hard commitment from those customers.”

Quincy is attractive to data center customers because of cheap energy ($0.03 per 1kWh on average, according to H5) generated by hydroelectric plants and because of Washington State’s 100 percent sales and use tax abatement on data center equipment.