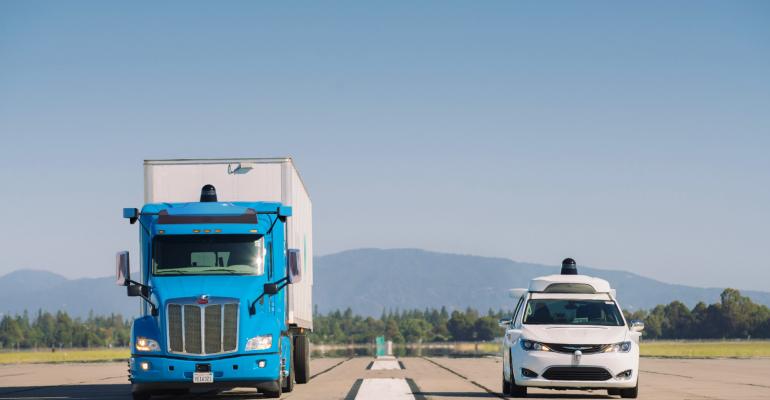 Alphabet’s self-driving car company Waymo said its trucks would start hauling loads to the Google data center campus in the Atlanta metro this week. In the pilot program, expert human drivers will be in the cabs to take over in case something goes wrong, the company said.

Waymo has been testing fully self-driving cars for transporting people in the Phoenix area. In January, it said it would start testing minivans in Atlanta, and that it had started mapping the city for that purpose the same month. “Now we’re turning our attention to things as well,” the Waymo team wrote in a blog post on Medium.

Hyper-scale data center operators like Google, Facebook, or Microsoft spend billions of dollars every quarter on building and operating their computing facilities. Both scale of the infrastructure and the cost of maintaining and expanding it have pushed these companies to automate as many data center operations processes as possible and to take control of much of the supply chain for the hardware that goes into the facilities.

If the experiment proves to be effective over time, Google will have laid the groundwork for automating a big part of its supply-chain operations. The experiment may also provide some unique training data for Waymo’s driving AI algorithms generated from a real-life, practical use case.

The company didn’t disclose much detail about the plans, saying only that the trucks would “carry freight bound for Google’s data centers.” The blog post also said that being one of the country’s biggest logistical hubs made Atlanta “a natural home for Google’s logistical operations.”

The local Google data center campus is in Lithia Springs, just west of Atlanta. The company has had data center footprint in the region since 2003.