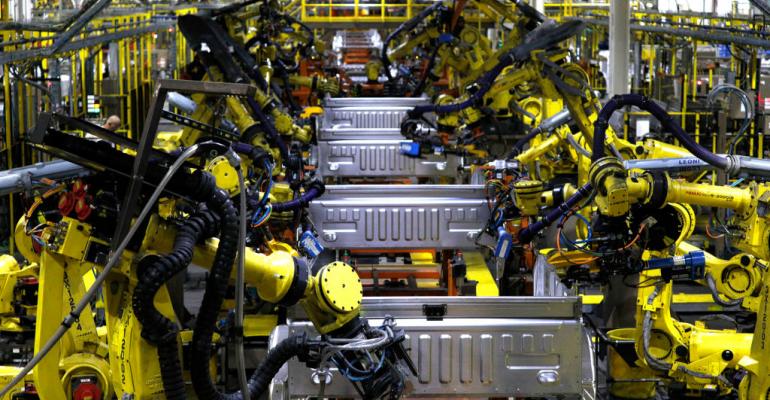 The deal will bring Android technology to the automaker’s cars and cloud services to its factory floor.

Nico Grant (Bloomberg) -- Google signed a six-year deal with Ford Motor Co. that will bring Android technology to the automaker’s cars and cloud services to its factory floor, in a triumph for the internet giant over rival Microsoft Corp.

Google Cloud Platform will be Ford’s “preferred cloud provider” and the partners will form an innovation team to jointly work on future projects, the companies said Monday in a statement. Ford vehicle navigation screens will be powered by an Android operating system starting in 2023 and the automaker will adopt Google’s artificial intelligence and data-analytics technology.

The companies did not disclose the value of their deal, but Google will receive revenue from cloud services as well as an Android license fee for every Ford and Lincoln vehicle sold starting in 2023.

“This is a first-of-a-kind in terms of an across-Alphabet partnership,” Kurian said in an interview. “It’s a really strategic one because it links all the elements: The experience people have in the cars while they’re driving, the experience they have in the front office, the transformation of manufacturing and supply chain, and the modernization of the IT system.”

Ford comes to the partnership with a new CEO, Jim Farley, determined to modernize the 117-year-old automaker in the midst of upheaval in the car industry -- with stricter emissions standards and the rise of electric and autonomous vehicles. The Blue Oval has traditionally relied on Microsoft for a fair amount of its corporate technology needs. The companies also collaborated on Ford’s in-car software system, called Sync.

David McClelland, Ford’s vice president of strategy and partnerships, said the automaker believed Google could help it address a broader collection of challenges and opportunities.

“We’ve had a great relationship with Microsoft,” McClelland said. “They helped us with Sync. They will continue to help us in the near term. We’re creating this much more comprehensive relationship with Google.”

For McClelland, the move to Google was compelling because the internet company is offering a partnership, rather than a transactional relationship. Google will contribute dozens of engineers to the innovation team to help Ford explore digital services it can develop for consumers.

“Working together with Google allows us to unlock experiences and be disruptive,” McClelland said. “We can create these new retail experiences for customers buying a vehicle, when a customer owns a vehicle you get all sorts of opportunity with connected data for the services we can create for them.”

The Android operating system will let drivers and passengers use Google Assistant voice-recognition technology, Google Maps and apps in the Play Store. Ford didn’t immediately clarify what the partnership could mean for an existing deal with Amazon that’s brought the Alexa voice assistant into Fords, or if Apple Inc.’s CarPlay system would still be available in their cars.