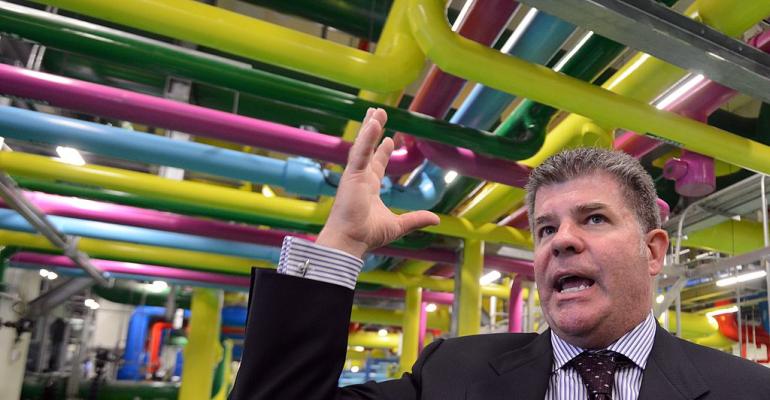 The company is planning a fleetwide rollout of a new platform that runs non-urgent workloads when the grid is most carbon-free.

Google says it will soon change when some computing tasks in all its data centers around the world run throughout the day based on availability of renewable energy.

The company has devised a system that can schedule data center workloads that don’t have to run immediately to run during the times when the wind blows and the sun shines. If a Google data center is on the same grid as a wind farm it buys energy from, for example, the system will wait for the time of day when those turbines are spinning especially fast to run some of that data center’s computing jobs.

Examples of such “non-urgent” computing tasks – tasks that can be delayed without impacting performance for users – could be adding new filter features to Google Photos, processing YouTube videos, or expanding vocabulary of Google Translate, the company said.

“The platform will be in production across our global data center fleet in the coming months,” Ana Radovanovic, technical lead for data center energy analytics at Google, told DCK in an email.

Google is the world’s largest corporate buyer of renewable energy. 2019 was the third year in a row when the company matched its entire energy use with 100 percent renewable energy. But that doesn’t mean that Google has been operating entirely carbon-free for the last three years.

Buying energy from a wind farm in Iowa does nothing to reduce carbon emissions from a coal plant that powers your data center in Virginia. Conscious of this fact, Google for several years has been talking up its work to power operations with renewable energy directly. Its goal – an extremely ambitious one for a number of reasons – is to eventually power all its data centers and offices with renewable energy around the clock.

Google has run a pilot of the new “carbon-intelligent computing platform” at select sites throughout its fleet, Radovanovic told us. The pilot has demonstrated that this “carbon-aware load shifting” strategy works, Google said in a blog post published Wednesday, to coincide with Earth Day.

The platform enables workload scheduling within a single data center. In the next phase, Radovanovic and her colleagues are planning to expand its capabilities to shift loads between data centers. That functionality will build on the existing project, she said.

The platform makes scheduling decisions based on analysis of two weather forecasts for the following day. One of them, by Google’s partner Tomorrow, predicts how the average carbon intensity of the local electrical grid will change from hour to hour. The other, Google’s own, predicts how a data center’s hourly power needs will change throughout the day. 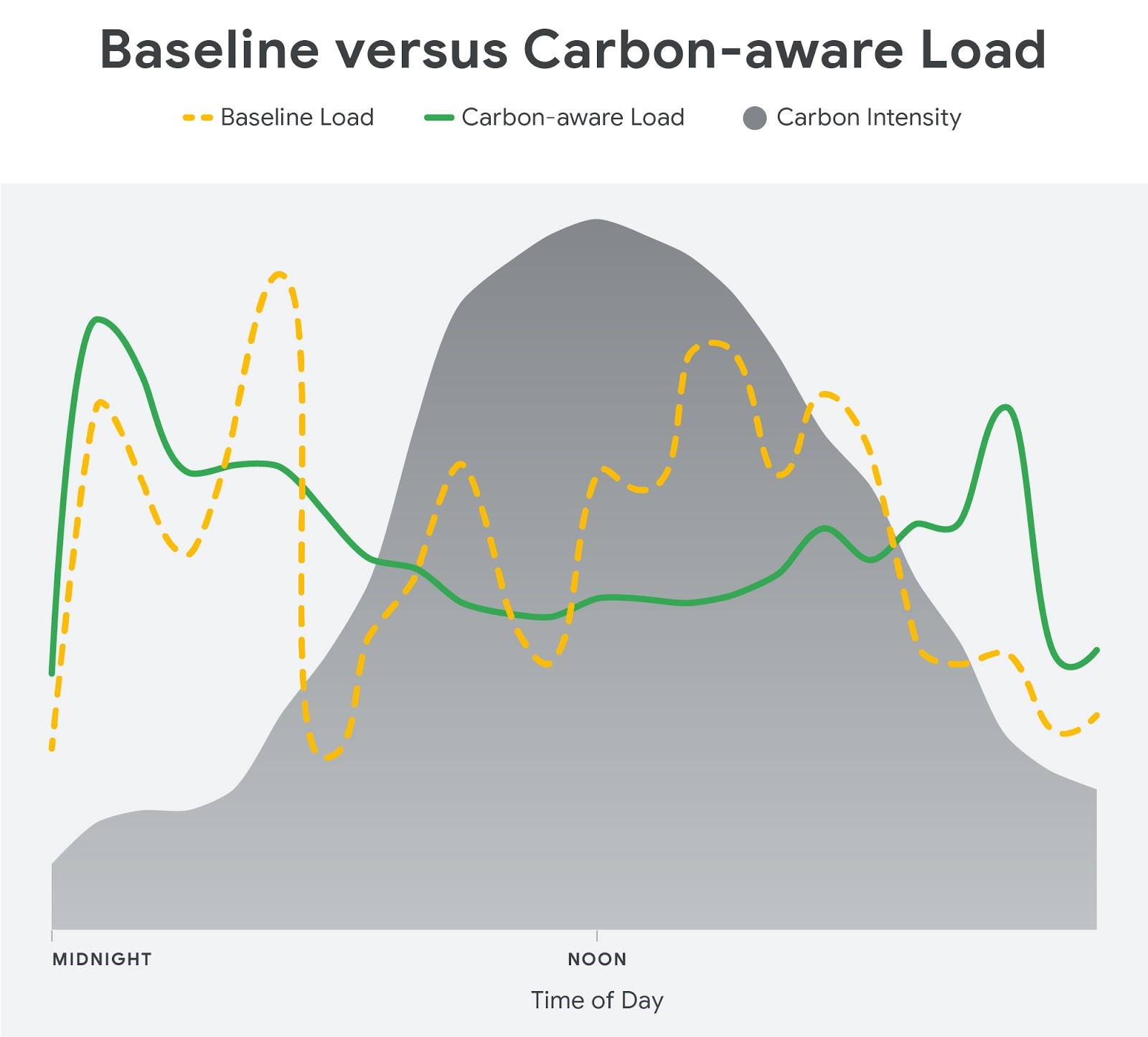 The platform is fully automated – “No human intervention is needed.” – and doesn’t interfere with Google’s existing load scheduling mechanism, Radovanovic said. Rather, the existing real-time scheduler uses it “to control the runtime of flexible or non-urgent compute tasks used by Google products.”

She said that while she couldn’t share specific metrics to show the magnitude of the platform’s impact on a data center’s carbon footprint, early results were “promising.” Her team is planning to publish a paper later this year that will explain the methodology in detail and share “the observed results from our rollout.”

“How much a facility can reduce its use of fossil fuel-based electricity is dependent on a number of factors, including its flexibility in shifting load, as well as how much load changes impact the carbon-intensive generation that is dispatched by the grid operator,” she said. “This is why we are taking time to conduct additional analysis before we share specific numbers.”

Radovanovic said she and her colleagues hoped their findings would “inspire other organizations to deploy their own versions of a carbon-intelligent platform, and together, we can continue to encourage the growth of carbon-free electricity worldwide.”

The platform could be used in combination with other ways to address intermittency of renewable generation, such as batteries. The combination of renewables and energy storage has already shown to be cheaper than natural gas-fueled power plants in some markets, for example. An operator could use a carbon-aware computing platform to reduce the amount of energy storage required in such a system, Radovanovic said. That would lower the system’s overall cost even further.

Beyond reducing Google’s own environmental impact, having a practical way to dynamically adjust a data center’s power load could help run electrical grids more efficiently, as they add more intermittent renewable generation. In a 2016 paper describing a somewhat idealized hypothetical system, where data centers are placed strategically, based on grid needs, and their loads are adjusted at will to optimize for grid efficiency and renewable generation, IEEE researchers showed that the approach could reduce stranded power and improve grid cost and stability.