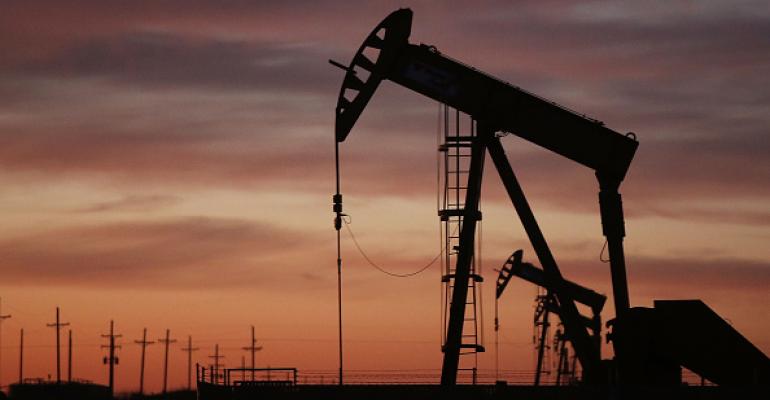 Google announced it’s building a third massive data center on its nine-year-old campus in Belgium and the launch of new cloud regions in Montréal and Eemshaven, Netherlands. It also reported fourth-quarter earnings, but none of the above may be the most interesting Google data center news this week.

That designation goes to The Wall Street Journal’s revelation that the company has been discussing a potential data center-focused joint venture with Saudi Arabian Oil Co., or Aramco, the state-owned oil giant that’s one of the biggest companies in the world.

The report relies on anonymous sources and doesn’t contain many specifics on the potential venture’s purpose but speculates that Aramco, which is trying to go public, may be looking to beef up its valuation by positioning itself as a tech-oriented energy company. Using technology to get better at resource extraction is the latest front in competition in the oil-and-gas market.

Content of the talks between the two companies has included joint construction of a “large technology hub” in Saudi Arabia and data centers around the kingdom.

The article also speculates that Aramco may be looking to replace its own data centers with cloud services. Given that the company is state-owned and that Google doesn’t have any cloud data centers in the country, it makes sense that Aramco may be reluctant to sign a cloud-services contract that would require its data to be stored in Europe, where the nearest Google data centers are located. There are also network latency and bandwidth cost concerns when cloud services are hosted in facilities that are far away from their users.

A cloud provider operating dedicated data centers for a single client is uncommon, but not unheard of. Cloud giants do it from time to time for big customers in deals that will reliably generate lots of revenue for many years to come.

Microsoft, for example, bought a 150,000-square foot San Antonio data center from Chevron last year, after the two signed a big seven-year cloud services contract. At the time, Chevron told San Antonio Business Journal that the contract was part of the company’s push to use new technologies to make more money and improve operational safety and reliability. According to the report, Microsoft would build a dedicated Azure cloud environment for Chevron inside the facility, although it’s possible that the cloud provider would use the building to host Azure infrastructure for other customers too.

Amazon has gone as far as building a private mini-version of its Amazon Web Services cloud just for the US Intelligence Community. The so-called “Secret Region” started by serving the CIA but last year expanded to serve other government agencies that handle highly sensitive data.

These deals illustrate how far cloud giants are willing to go to land major enterprise cloud contracts and another major competitive threat to specialist data center providers, such as CyrusOne, Digital Realty Trust, or Interxion. These providers are all working the hybrid-cloud angle, anticipating that most enterprises will use a combination of colocation or on-premises data center footprint and cloud.

In Google’s case, a deal with Aramco would not only mean new revenue from a wealthy, prestigious client; it would also mean expanding into a new market with an anchor customer. It’s a much safer way to enter an unfamiliar market than investing tens if not hundreds of millions of dollars to build cloud data centers there without knowing what kind of demand to anticipate.

If it does enter the Saudi market, Google won’t have it all to itself. According to The Wall Street Journal report, Amazon is close to signing a $1 billion deal to build three data centers in Saudi Arabia.