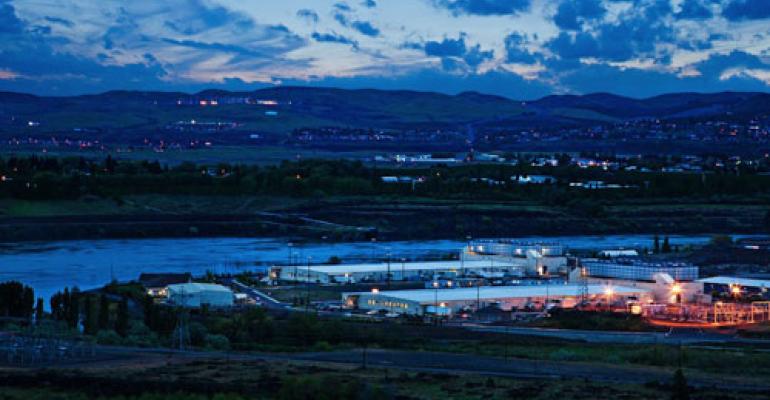 Google’s Western US Data Center Capacity Is Swelling Up

Google announced on Monday the start of construction of its first data center in Henderson, Nevada, just outside Las Vegas. The same day, city officials Mesa, Arizona, a small town outside Phoenix, approved a development agreement to build a Google data center there.

In recent years, the Alphabet subsidiary has been investing heavily to expand its computing infrastructure around the world. It’s been spending billions every quarter on network and data center construction to support its products for regular internet users – things like Search, Maps, YouTube, and Gmail – but even more so to scale the Google Cloud platform that provides computing services to enterprises.

A good portion of that spend has gone to build up its footprint in the western US, where the company is planning to go from one major data center location (in Oregon) about one year ago to four by the end of 2020. Historically, the bulk of Google’s US computing infrastructure has been concentrated in the Midwest and in the South, but the company’s pursuit of a greater share of the cloud market (dominated by Amazon Web Services and Microsoft Azure) appears to be driving a need for more capacity in the west.

Google doesn’t expect to finish the first phase if the Mesa data center until 2025, according to a report by AZ Central.

In 2017, according to the Reno Gazette-Journal, the company also bought a big piece of land in Reno Industrial Park, outside of Reno, Nevada (the same industrial park where Apple has a data center campus and Tesla has a huge battery plant called Gigafactory) but doesn’t appear to have built anything there so far

The Las Vegas and Salt Lake builds are part of a $13 billion investment in new US offices and data centers the company announced earlier this year. The money would also pay for new data centers in the Midwest (Nebraska and Ohio) and in the South (Texas and Virginia), the company said. Additionally, the program includes expansions of existing Google data center campuses in Oklahoma and South Carolina.

Google suggested that customers will be able to distribute their workloads across up to four regions in the west, once Las Vegas and Salt Lake come online (it expects to launch both next year).

Each new infrastructure region is also meant to target industries that are concentrated in its corresponding population center – gaming and entertainment in Las Vegas; Hollywood in L.A.; healthcare, IT, and financial services in Salt Lake.

“The addition of a Google Cloud region in Las Vegas, combined with the sophisticated capabilities of BigQuery and TensorFlow, should enable Caesars to further differentiate the gaming, hospitality and entertainment experiences we are able to offer to individual guests.”