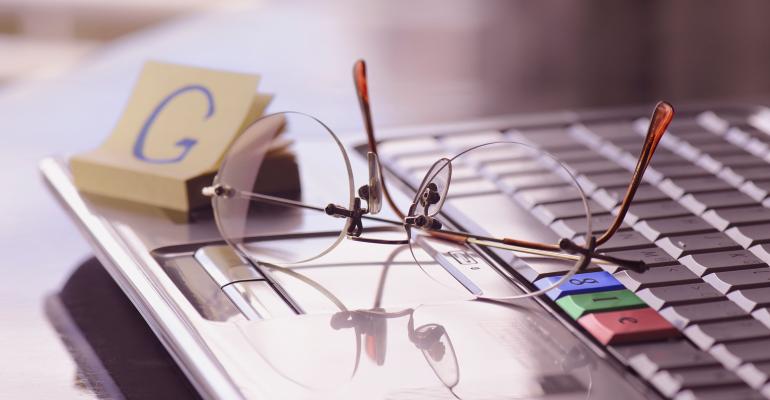 (Bloomberg) -- Alphabet Inc.’s Google completed its third data center in Singapore, bringing its investment in such facilities in the city-state to $850 million as it vies with tech giants from Amazon.com Inc. to Meta Platforms Inc. for bigger clout in Asia.

Since opening its first Singapore office in 2007 with 24 people, Google has grown its local staff to 3,000 and built infrastructure including subsea cables connecting the finance hub to the US and beyond. As it marks its 15th anniversary in Singapore Tuesday, the company said it’s deepening collaboration with the country, ranging from training 50,000 parents and children in online safety to an artificial-intelligence partnership with the government.

“Asia, overall, sees technology as a way to leapfrog, catch up or accelerate,” Scott Beaumont, president of Google Asia Pacific, said in an interview in Singapore. “We see lots of opportunities from the perspective of Google as a platform company, how we help provide the tools that enable these entrepreneurs and developers to bring their ideas to life.”

The company faces challenges across the region. In India, where it has pledged to invest $10 billion, the government is increasingly tightening its grip on online content and the country’s antitrust regulator has called Google’s billing system for app developers “unfair and discriminatory.” In South Korea, the communications watchdog said this month it’ll investigate Google and Apple Inc. over potential violations of the country’s in-app payment rules.

Here’s a partial transcript from the interview with Beaumont, edited for brevity:

A: The vast majority of developers don’t pay anything. We’ve created a structure where the smaller developers automatically contribute less. There is a burden of operation: the work that we do to scan apps within the Play Store and make sure that users are safe, to make sure that money goes to the right pockets, that there aren’t scams.

It would just be nice to get to a solution where we can move on. We’ll work with the KCC (Korea Communications Commission) to help them understand that.

Q: What are the biggest outstanding challenges Google is facing in Asia?

A: In Asia, there are local differences and that’s one of the things that we’re working on constantly. We need to think about how we customize and modify and localize our products, so they make sense in all these different contexts. There needs to be a neat balancing of this incredible diversity of Asia.

Q: There have been various antitrust issues in India, and the government has been tightening its grip on online content. What is Google’s approach to this?

A: Broadly, when it comes to things like antitrust, we are going to see regulation in the technology space. We’re trying to make sure that we can engage with governments around the region on that basis.

Q: Google has invested a lot of money in four short video apps in India, after the government banned TikTok in the summer of 2020. What’s Google’s strategy?

A: Time will tell how those investments will pan out and how close those relationships will be over time. In the short term, we’re really pleased with the results on both sides -- what is catalyzed within India, but also the knowledge and the partnerships that it has helped us develop.

Q: Google’s subsea cable projects, called Echo and Apricot, are expected to be launched in the next year or two. Why choose Singapore as the linking point, and how do you see this connectivity helping the whole region?

A: Without these very strong pipes linking the US with Asia, Asia with Europe and so on, many islands will not have access to the internet. Singapore is an important hub in helping manage that distribution. The cables will connect Singapore to the rest of the world and then move that distribution to the rest of Asia too. It is to help sustain today’s demand, but also very much with a view to what that future demand is going to be.

Q: Is the company concerned about operations in Taiwan given the geopolitical tensions and is there a contingency plan?

A: If we had an issue with a data center in Singapore, we would find a way of routing that traffic through other data centers within the network. Similarly, if there’s an issue with the data center in Taiwan, we would do the same. What we would like to do as a global company is look across all our operations and make sure that we’ve got contingencies and redundancies in place. We need to think about how we set up and make sure that we can ebb and flow with various happenings in different places.

For example, sometimes subsea cables get bitten by sharks. We try to think about what we would do -- if we lost this cable, how we should route the traffic and how we can stop that happening again.

Q: Tell us more about Google’s collaboration with Singapore.

A: Singapore’s strength is in collaboration, particularly in the field of AI. For example, instead of having just a plain vanilla set of ideas in terms of how AI should be governed and how we should legislate for it, Singapore is looking at use cases -- in areas including finance and health care -– to understand how regulation looks. They are zooming out to catch the commonalities, rather than try and legislate from 50,000 feet and create something which doesn’t make sense in each of those individual fields.

We hope that the solutions created with the Singapore government will then be used as best practices to be leveraged in other fields. We will look to point to that, and say: ‘Hey look Indonesia, or India, here’s a really great example of how you can work together with us.’ That will be a secondhand benefit that we hope will come from that collaboration.

Q: What is your biggest achievement as president of Google APAC in the past three years and what do you hope to achieve in coming years?

A: One of the things where I think we’ve made a lot of progress is in the area of diversity and inclusion. When I took on the role, the leadership of the region was largely represented by Western white males -- I know I’m one. But now, when you look at the country leadership team that we have across the region, it is almost equally split by gender.

We think about diversity across many different dimensions, including local talent, gender, people with disabilities, ethnicity and sexuality. I think we’ve made huge steps in creating an environment where, hopefully, everyone feels like they belong or we’re on a path to do so. (The proportion of women leaders at Google in the Asia-Pacific region has increased to 27.5% in 2022 from 20.8% in 2021, according to the Google Diversity Annual Report 2022.)