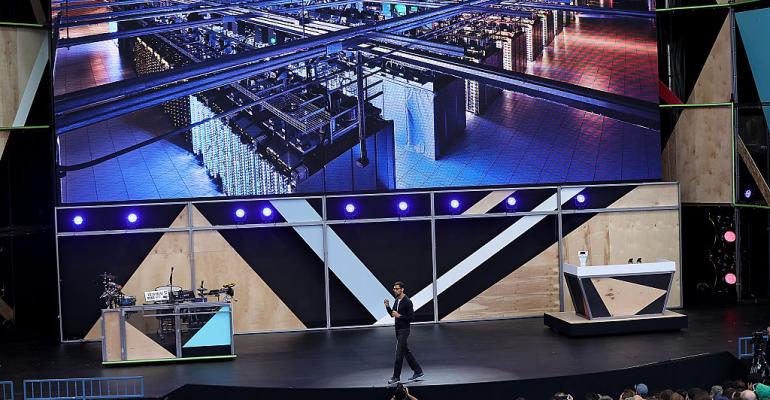 Catches up to AWS and Azure, who have had India cloud regions since 2016 and 2015, respectively

Delivering on a promise it made at its cloud conference in Mumbai earlier this year, Google has launched its first cloud region in India, hosted across three Mumbai data centers, each housing a separate cloud availability zone.

In launching the Mumbai region, Google is catching up to its biggest public cloud competitors Amazon Web Services and Microsoft Azure, both of whom have had cloud data centers in India for some time. AWS launched its Mumbai region in 2016, following Microsoft’s launch of three Indian regions (Chennai, Pune, and Mumbai) in 2015.

The region is expected to improve Google Cloud Platform performance for customers in India’s top technology hot-spots of Chennai, Hyderabad, Bangalore, and Mumbai itself. Before the launch, the closest availability region to those customers was hosted in Singapore, a key network interconnection hub from which western tech companies serve markets across Asia Pacific.

Customers in the Indian markets who host applications in the Mumbai region (called asia-south1) instead of Singapore can see latency improvements ranging from 20 to 90 percent, Dave Stiver, product manager for Google Cloud Platform, wrote in a blog post. Another feature Indian customers may find advantageous is the ability to pay for services hosted out of Mumbai in rupees. While China is the biggest and fastest-growing cloud services market in Asia Pacific, India is also a big and growing market and one that’s easier to operate in. Foreign service providers in India don’t have to accommodate strict government censorship requirements, partner with local businesses to gain a foothold in the market, as they do in China.

Mumbai is Google’s fifth cloud availability region in Asia Pacific. The others, besides Singapore, are in Taiwan, Sydney, and Tokyo. The company now has 13 live cloud regions around the world, compared to Amazon’s 16 and Microsoft’s 36.

The public cloud services market in India will reach $1.8 billion this year, according to a forecast by Gartner, up from $1.3 billion in 2016. The market research firm expects the market to reach $4.1 billion in 2020. Its figures include everything from cloud advertising to cloud infrastructure, application infrastructure, and cloud-based business process services, among other types of offerings.