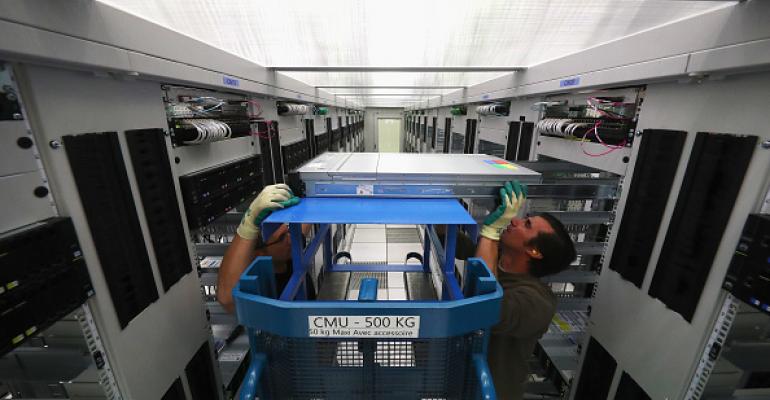 Call on industry leaders to do more to grow pipeline, diversify labor pool

Data center leaders tend to hire from their existing professional networks, which today consist primarily of middle-aged white men, they said. As we’ve reported before, many of those men are fast approaching retirement age, while few young people enter the profession – dynamics that make for an unsustainable talent pool.

Related: How to Get a Data Center Job at Facebook

To ensure that there continues to be a reliable supply of qualified professionals to build and operate data centers, industry leaders must make a deliberate effort to diversify the talent pool, he said. Keeping it limited to a single demographic makes it difficult to build a sustainable pipeline of candidates.

Workforce diversity is a hot-button issue in tech, but the topic is especially sensitive at Alphabet, Google's parent company, which is facing several lawsuits by former employees, some accusing it of not doing enough to diversify its workforce, while others say its diversity programs have gone too far.

Alphabet's internal conflicts over diversity became public last year, after release of the now infamous memo by former Google engineer James Damore, in which he argued that there were fewer women in top engineering and leadership roles because men are biologically more fit for such roles than women.

The company promptly fired Damore, who together with another former employee sued it in January, accusing it of discrimination against white conservative men.

But in the Data Center World keynote, which he delivered together with Google data center business operations executive Heather Dooley, Kava positioned lack of diversity as a business threat.

“The greatest threat we’re facing is the race for talent,” he said. “This isn’t about jumping on the current bandwagon; this is about good business.”

Kava cited various analyst reports that forecast rapid growth of the data center industry into the foreseeable future, driven primarily by demand for cloud services. That growth could be impeded by a shortage of qualified data center professionals, he said.

IDC predicts that worldwide public cloud services and infrastructure spending will reach $160 billion this year, up 23 percent from 2017. Gartner says total cloud services revenue will increase by 87 percent between 2016 and 2020, reaching $411.4 billion.

Citing a 2013 estimate by the labor-market analytics firm Emsi, Kava said 53 percent of skilled trade workers were more than 45 years old, and 18 percent were between 55 and 64. “As these folks start to retire, we will all be facing a skilled-worker shortage for this industry.”

Not enough young people, women, and minorities are aware of the opportunities in the data center industry. “This is truly one of the most important industries of the future, but most young people are unaware of it,” Kava said.

Dooley highlighted gender biases that are pushing women out of STEM identified in a recent Harvard Business Review study. Women surveyed said they had to work harder to prove themselves, that colleagues suggest they should work fewer hours after having children, that they are pressured to play a stereotypically feminine role at work, and that women (especially black women and Latinas) are often mistaken for administrative or custodial staff.

“Women find themselves in a double bind,” Dooley said. “They have limited access to networks where decisions are often made about who gets what new opportunity; there are no role models to identify with; and they lack sponsors who can provide opportunities.”

Making the workforce more diverse starts with removing bias from the recruiting process, she said. Removing signals that may subtly play to a hiring manager’s bias can help diversify the talent pool.

Some companies, for example, take university names out of resumes that go in front of hiring managers, Dooley said. “Because folks unintentionally look for signals of competence in resumes and are drawn towards familiarity.”

“Change does not happen on the shoulders of those who are marginalized,” Dooley said. “It happens when you, those people in power to make decisions and foster change, become allies and advocates.”