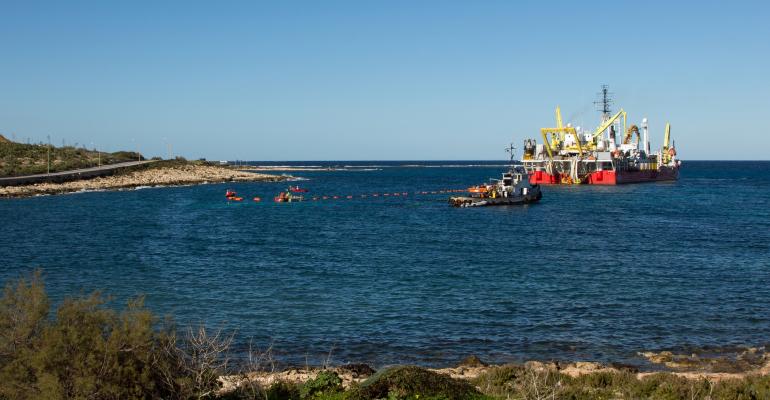 A submarine cable being laid in Sicily
Companies>Google (Alphabet)

The Grace Hopper system will be the first Google subsea route to Spain and one of the first new US-UK cables since 2003.

The fiber line, named Grace Hopper after the computer scientist, will be the first Google subsea route to Spain and one of the first new cables linking the U.K. and U.S. since 2003, the company said in a statement Tuesday.

It will join other Google subsea projects including Curie, which connects the U.S. to Chile, Dunant, which links the U.S. to France, and Equiano, which joins Africa to Portugal.

The Mountain View, California-based company expects to complete Grace Hopper in 2022. A steady stream of trans-ocean cables is being announced by tech giants; Facebook Inc. joined forces with telecom carriers to better connect Africa in May. The submarine lines carry 98% of international internet traffic, Google said.