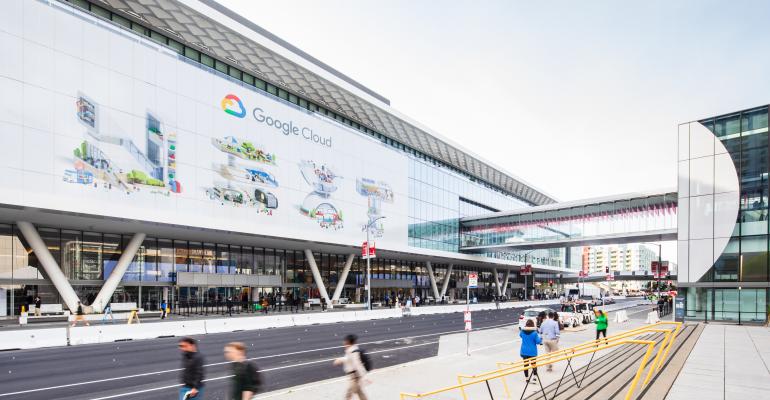 At Google Cloud Next, Google said that it spent $47 billion dollars between 2016 and 2018 building its cloud infrastructure.

Google Cloud Platform is about to add two new regions to its global infrastructure. The cloud company announced today at the Google Cloud Next conference in San Francisco that plans are in the works to add regions in Seoul, South Korea and Salt Lake City.

Each GCP region is a collection of availability zones, with at least three zones to a region. Customers like zones because they offer the opportunity to have compute located near endpoints for low latency, and in some cases, to comply with data retention regulations. Having them tied to regions offers resiliency. By utilizing more than one zone in a region, customers get some insurance against the single-point-of-failure individual zones represent.

"When we first introduced Google Cloud Platform to the world, we had four regions," Dominic Preuss, GCP's director of product management, said at a press event at Google Cloud Next before the official announcement was made. "Today we have 19 cloud regions, so we’ve launched 15 regions in the last couple of years and now have 58 zones across the world."

Preuss went on to say that Google invested $47 billion between 2016 and 2018 to fund its cloud infrastructure expansion.

The South Korea region will be the first of the newly announced regions to go online, and is expected to be operational in early 2020, followed by Salt Lake City "shortly thereafter." Two other regions in Asia, Osaka, Japan and Jakarta, have already been announced and are expected to be operational soon -- Osaka in the next several weeks and Jakarta by early next year.

According to Google, it was prompted to expand into Seoul by customer adoption by local companies with global reaches, such as Samsung, LG CNS, gamemaker Netmarble, and the ecommerce company TMON. It said that Netmarble, South Korea’s largest gaming company, uses GCP to support new game development, manage infrastructure, and utilize business intelligence throughout its operations using Google Kubernetes Engine, BigQuery, and Cloud ML Engine.

The move into Salt Lake City will make GCP the only major cloud provider to offer availability zones in an area that is not only a data center hub, but a center for the healthcare, financial services, and IT industries. The cloud provider already has two regions in the West, in Los Angeles and Oregon.

When all of the planned regions come online by late 2020, GCP will have 23 regions globally, with six regions in the U.S. The company said it will announce more new regions later in the year.