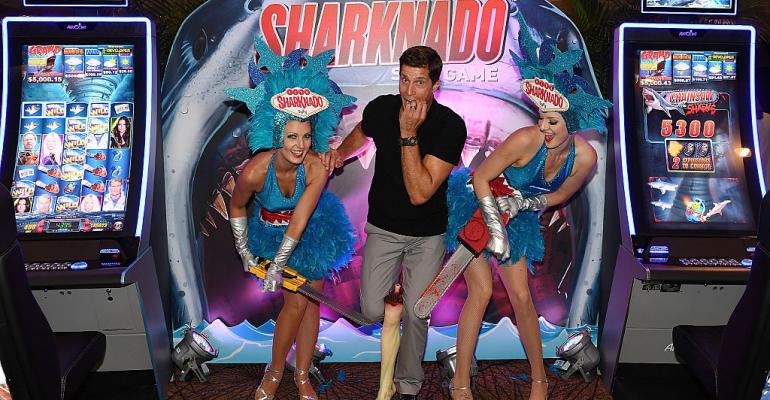 Denise Truscello/WireImage
Rib Hillis at the premiere of the casino game "Sharknado: The 4th Awakens" by Aristocrat at the Stratosphere Casino in Las Vegas in 2016
Companies>Google (Alphabet)

The region puts it in a better position to sell to local clients and adds another location for distributing workloads.

Google has officially launched a new cloud availability region in Las Vegas, its fourth in Western US.

The region, like its others, consists of three “zones,” each zone hosted in a data center with its own software, power, cooling, network, and security infrastructure, the company said. Google now has a total of 23 cloud availability regions globally.

An additional region provides lower-latency connectivity to the Google Cloud platform for users in the area – having one in Las Vegas can make it easier to sell cloud services to the gambling, entertainment, dining, and hospitality businesses there – but it also offers an extra location for distributing computing workloads across western US.

Google’s announcement quoted James Alverez, CIO of the Australian maker of casino games Aristocrat, which is apparently one of its customers:

“Cloud technologies enable two important outcomes for us. First the ability to securely, consistently and immediately enable and disable game development platforms; and second, our ability to expand and contract our infrastructure based on demand. Both of these capabilities allow us to flex our technology to fully support the demands of our customers and our business. The Las Vegas region gives us the opportunity to more directly engage Google Cloud services and take advantage of an entry point into the network.”

The announcement comes less than one year after Google kicked off data center construction in Henderson, a town just south of Las Vegas.

After years of building out data center capacity primarily in the American South and Midwest, Google recently started investing in adding more computing facilities on the west coast, as it accelerated expansion of its cloud computing business. It went from just one data center location in the west in 2018 (in Oregon) to four today. The company also recently launched cloud availability regions in Los Angeles and Salt Lake City.