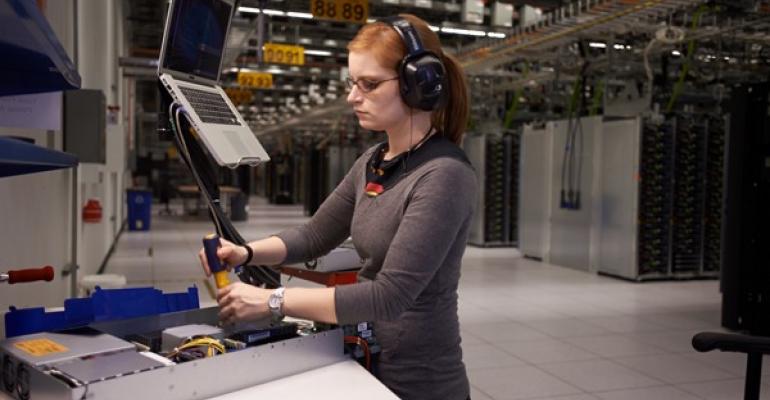 A small Texas community is learning its ABCs as Alphabet comes calling.

Google has purchased property in Midlothian, a community about 25 miles southwest of Dallas, where it plans to build a data center.

Little is known about what Google has on the drawing board. The project is "still in the very beginning stages of planning," the spokesperson said.

The Journal report cited an unnamed source who said the company has made commitments to the city, Ellis County, and the State of Texas to bring at least 40 jobs and $500 million in investment over the next five years.

"While we do not have a confirmed timeline for development for the site, we want to ensure that we have the option to further grow should our business demand it," Andrew Silvestri, Google's head of public policy and community relations for the central US region, said in a statement.

In June, the Dallas News reported that Sharka LLC, assumed to be a front company for a larger entity, negotiated a deal that was passed by the Midlothian City Council to receive a 100 percent property tax abatement and an 85 percent abatement on improvements over a 10-year period for a data center to be constructed at RailPort Business Park, a 1,600 acre business park in the Midlothian area.

In May, the Midlothian Mirror reported that an 800,000-square foot building used as a distribution center by Toys R Us had been vacated after the toy retailer went out of business. There's no indication on whether this is the property that Google has purchased.

Google has been on a tear in recent years building out its data center inventory. In February, the company broke ground on a planned $600 million, 60MW facility outside of Clarksville, Tennessee, about an hour's drive from Nashville, which it said will bring more than 70 jobs to the region. Earlier that month, Google parent company Alphabet's CEO Sundar Pichai said it will open five new data centers in the US this year.

The Dallas-Fort Worth area is home to a vibrant data center market. In February, for example, Equinix acquired the 1.6 million square-foot Dallas Infomart building along with its customers for $800 million, and Fort Worth is home to a $1 billion data center campus owned by Facebook.

Google currently operates at least 24 data centers globally, with 11 of them located in the US.