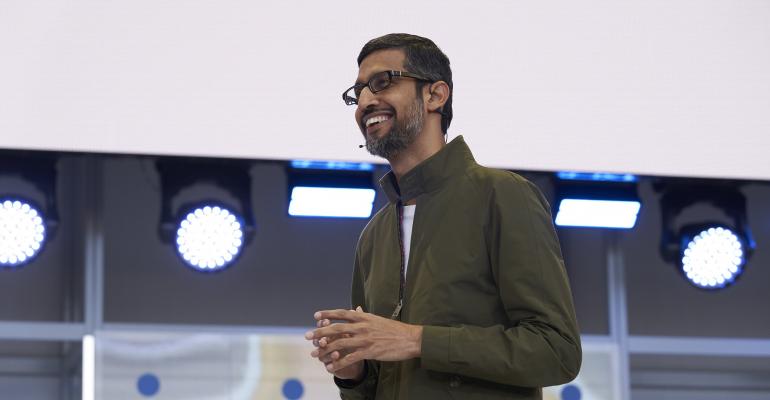 Continuing its efforts to make its cloud platform more palatable for enterprise customers, Google has agreed to buy Velostrata, whose software makes it easier to move a company’s applications from its own data center to a cloud provider’s.

The Israeli startup’s technology “adapts” on-premises workloads for execution in the cloud and helps decouple compute from storage.

“This means they can easily and quickly migrate virtual machine-based workloads like large databases, enterprise applications, DevOps, and large batch processing to and from the cloud,” Eyal Manor, Google Cloud’s VP of engineering, wrote in a blog post announcing the agreement.

Fighting to gain on its big cloud competitors Amazon Web Services and Microsoft Azure, Alphabet’s cloud business has been making acquisitions and rolling out features and services in recent years to make it easier for traditional enterprises, such as banks or retail companies, to use Google Cloud Platform.

Recent examples of those efforts include the additional options for direct network connectivity to GCP from colocation data centers around the world, the introduction of managed Postgres, and partnerships with vendors that already have a foothold in the enterprise market, such as hyperconverged infrastructure companies Nutanix and Scale Computing.

Velostrata will be the third company co-founded by CEO Ben-Shaul and acquired by a tech giant. In 2012, VMware acquired Wanowa, a desktop-virtualization company he co-founded; prior to that, in 2004, Cisco acquired Actona Technologies, also a company he co-founded, whose file-caching technology consolidated distributed enterprise data into a single data center.

Once the acquisition closes, the Velostrata team will work out of Google’s Tel Aviv office.